Snoqualmie Valley Rifle Club (SVRC) puts on USPSA like matches once a month during the summer (they wimp out from about October through March). I usually don’t go because I go to the steel matches at Renton on the same weekend. I could do both because the SVRC match is on Saturday and the Renton match is on Sunday, but I would rather not use up both days shooting. Two weeks ago I had other plans (helping move Barb’s son Max to Bellingham for college) on Sunday. So, I decided to shoot at SVRC for the first time in at least 10 years, perhaps 15.

I would rather they would run USPSA matches and report classifier results but they don’t and some of the stages didn’t quite match USPSA requirements and they don’t shoot any classifiers. But they were fun stages and to my surprise two guys I had met 20+ years ago at the Microsoft Gun Club were shooting as well. I probably see Sean Flynn two or three times a year anyway and Steve Morrow perhaps once every three to five years. But they were both there. They both reported they had not shot at the SVRC matches in something like a year or more and so it was quite a coincidence we all showed upon for the same match. We got into the same squad and were able to chat some before and during the match. It was nice to hang out with them.

Here are the stages. Some were changed slightly after I took the pictures: 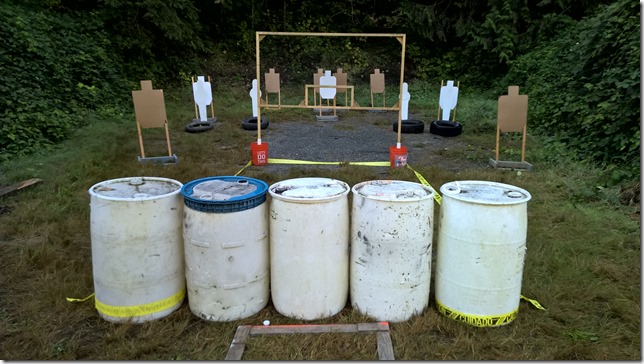 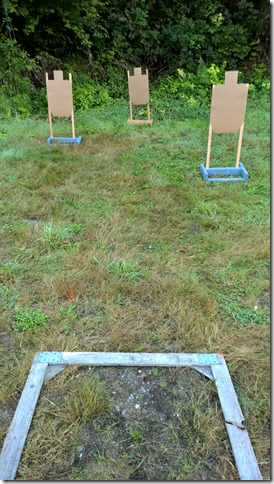 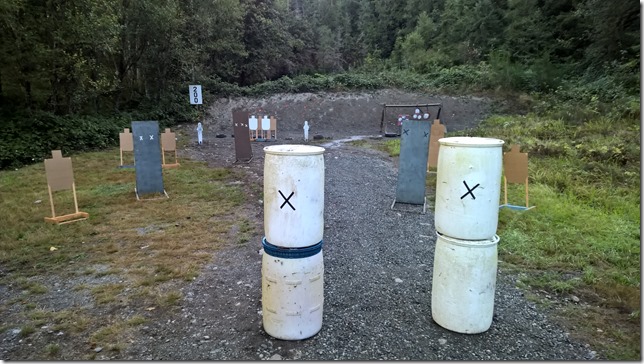 The above stage was a little odd in that you had to shoot the steel and the two outermost targets from between the barrels in the foreground (start position was “hands on Xs”) free style and shoot the rest of the targets strong hand only from behind each of the barricades. Magazine changes using both hands were allowed. 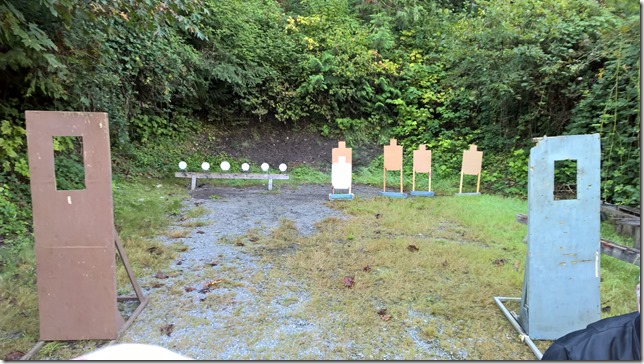 The results were as follows:

Everyone shows as shooting minor power factor even though many of us were shooting major. This is just one of the USPSA rules they vary on. Had I remembered this before the match I would have brought the ammo I use for steel matches, improved my times some, and tried to be more accurate.

Overall (including Open and other divisions) I came in 8th out of 35 shooters.

I knew I was shooting well. Several people commented that I was doing well at the time. And there were a couple Open division shooters in our squad who I knew to be good shooters and my times were close to theirs. But, I didn’t really expect to win my division. I have never come in first in any USPSA type match in this state before. I did make some mistakes. I can’t count as fast as I can shoot and there were three targets which required six shots on. On two of them I fired seven shots. And I almost forgot the mandatory reload between two of the targets which cost me some time. Then there was a difficult disappearing target which I fired at twice and only got one D-zone hit. I should have just skipped the target entirely and gone for a better time.

I took video of Sean and Steve and told them about it after the match was over. Sean offered me $10 to delete his video (I declined). Steve didn’t seem at all enthusiastic about me posting his on YouTube so I didn’t do anything with his video either. I had some sort of problem with the camera on the stage Barricade Two Step and didn’t get my shooting of that stage. The other stages turned out okay though: