I participated in the Whidbey Island match at Holmes Harbor Rod and Gun Club on Saturday. The ferry ride, as usual, was pleasant. I wandered around a bit during the crossing and came upon these characters: 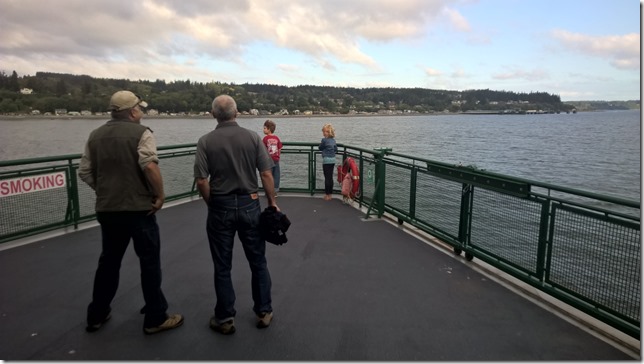 The two men in the foreground (Mike and Jeff) and the boy in the background ended up being in my squad at the match.

At first the weather was a bit chilly for the t-shirt I was wearing. It had been very hot the previous few days and I didn’t check the weather forecast. Within a half hour it warmed up to the point where it was quite nice and I didn’t suffer for lack of my preparation.

With my STI DVC back at the factory for repair I used my old Ruger P89 for Centerfire Iron sighted guns (CF-I) and my Ruger 22/45 for Rimfire Iron sighted guns (RF-I). The only holsters I had for the P89 were inside the waistband types and that made for a little slower draw than the competition holster with my STI. The double action first shot slowed things down some too. But, nearly 20 years ago, I had shot tens of thousands of rounds through my P89 and I had been practicing with in the last couple of weeks. The memory of how to shoot it fast seemed to come back and I did okay with it.

The stages were interesting. I forgot to take a picture of one of them with my cell phone and did a screen capture of the video from my video glasses 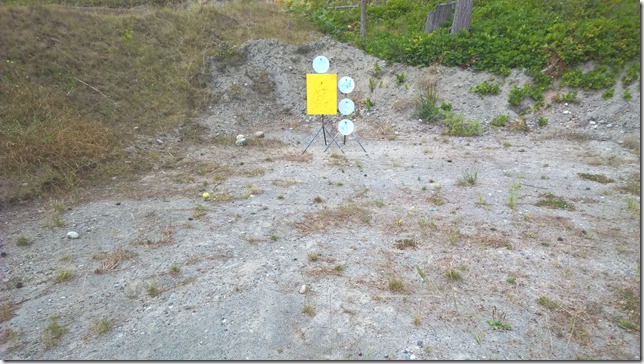 I have never seen a stage like the following one. The tiny plates in the center had to fall. You hit one of these for each string as the stop plate. 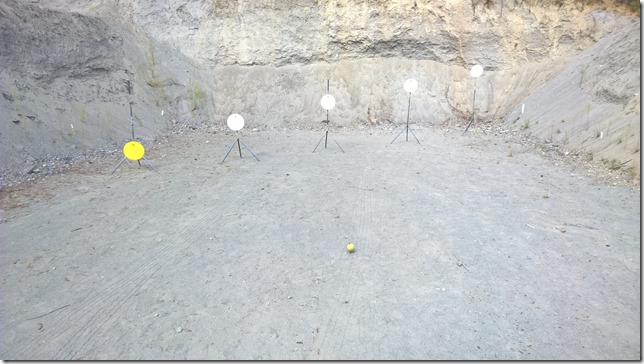 In this stage you shoot each of the two white plates twice, then shoot the stop plate. 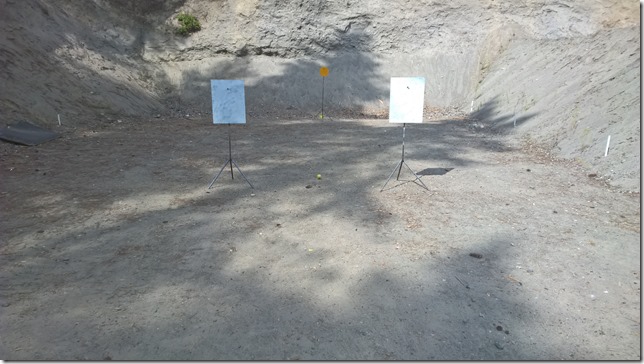 I think it is telling that compared to last time my RF shooting was much faster but with CF my shooting was slower. The gun and holster made the difference.