Some friends wanted to learn to shoot so Barb and I reserved the training bay at the indoor range near us for late Saturday afternoon.

I was surprised to find both of them were right handed but left eye dominant. Many people who are cross eye dominant end up shooting with the hand which matches their dominant eye (daughter Kim is an example).

I put them at about 5 yards from the targets and gave them stance, grip, and trigger operation instructions.

We ended with them saying they had a really good time, asked about the class Barb recently took, and said they wanted to do it again with us. 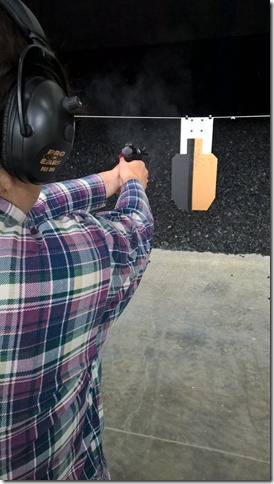 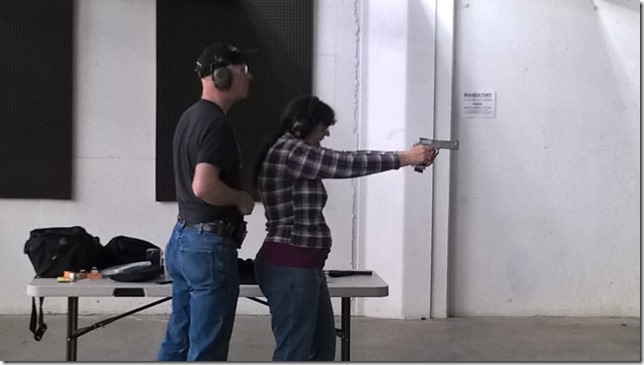 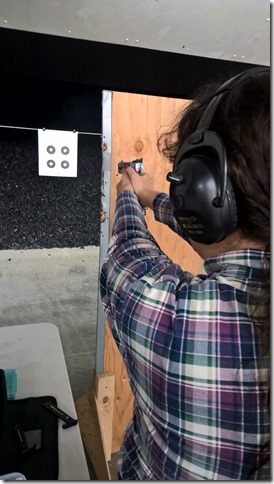 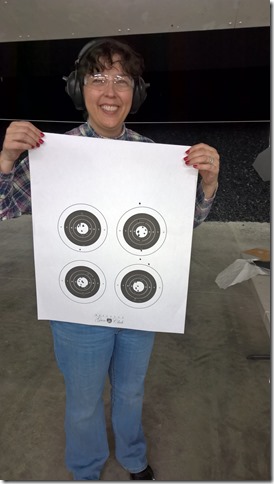 Tracie with her new shooter smile.

Kurt with his new shooter smile.