The Washington State International Steel Shooting Association Championship match was yesterday. As I pointed out on Friday the match was scheduled to have more rain on that date than in the previous 32 years, for that date, combined. Okay. Since it has never rained in on that date in the last 32 years even 1/100 of an inch would have satisfied that criteria. But it wasn’t just a small fraction of an inch of rain and it was very unusual weather.

Bill W. (one of the Boomershoot Precision Rifle instructors since, essentially, forever) was one of the first people I said hi to when I arrived. After his greeting the first thing he said was, “Why does this remind me of Boomershoot?” My response, “I don’t know. Could it be the rain?” I’ve seen more rain at Boomershoot but in terms of an actual shooting match I don’t think I have ever seen so much rain.

Barb gets cold easy (her surface area to mass ratio asymptotically approaches infinity) and when we go on hikes she selects her clothes very carefully to avoid being cold. She tends to project her concerns onto me and for various occasions has given me clothing gifts to keep me warm and dry. I have rain pants and a rain coat with a liner which I took to the match. As near as I could tell, and another person commented on this as well, I was one of the best prepared people there. I was quite comfortable even when the water was running off my clothes in sheets:

The dark glasses were because those are my video glasses.

Because I was warm and dry as the rain picked up later in the match I ended up doing almost all the range officer work while the scorekeeper and shooters stayed under cover. The shooters would come out one at a time to shoot then go back under cover.

There were two people in our squad wearing shorts! Here is one of them:

On the way home my guns were out of their cases and drying out on the passenger side floor of my car and I dried the rest of my stuff out when I got home:

Here are pictures of the stages: 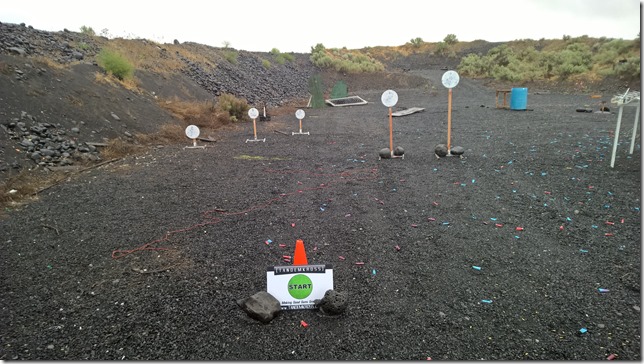 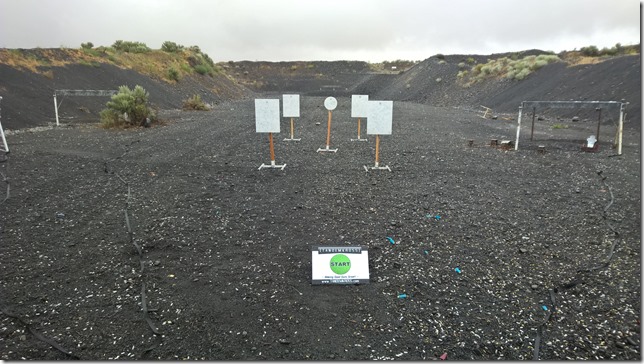 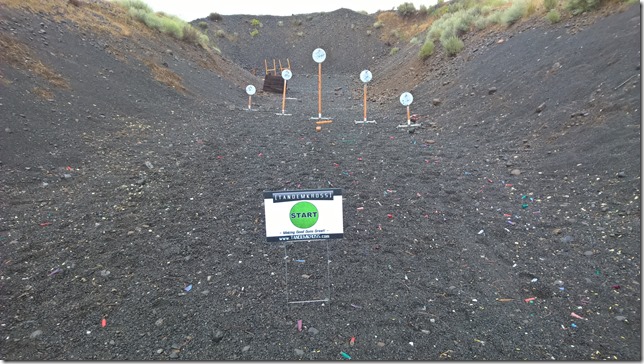 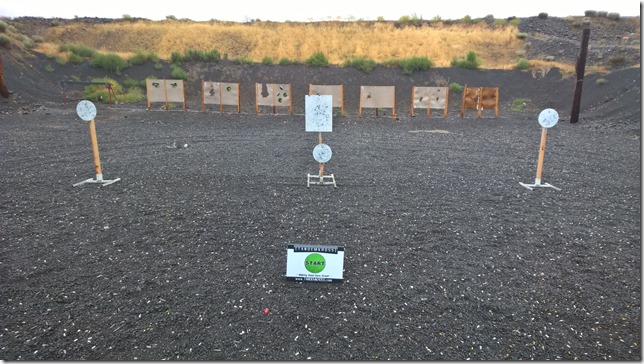 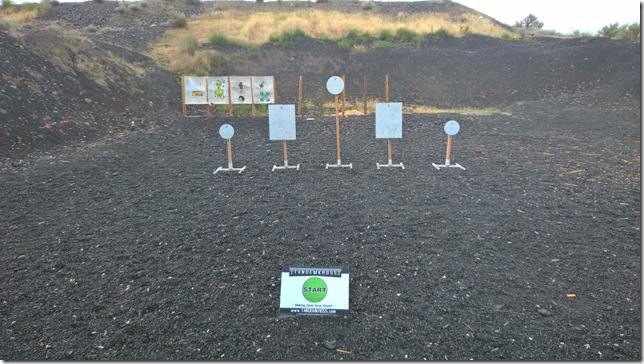 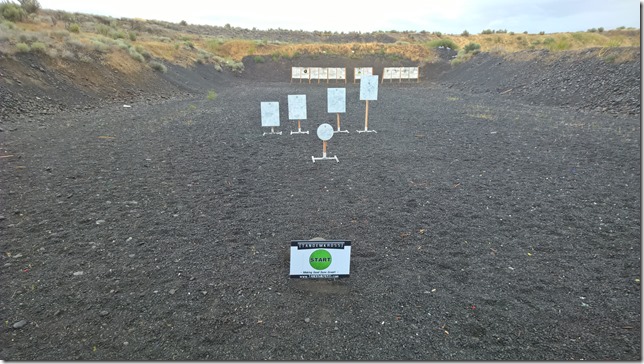 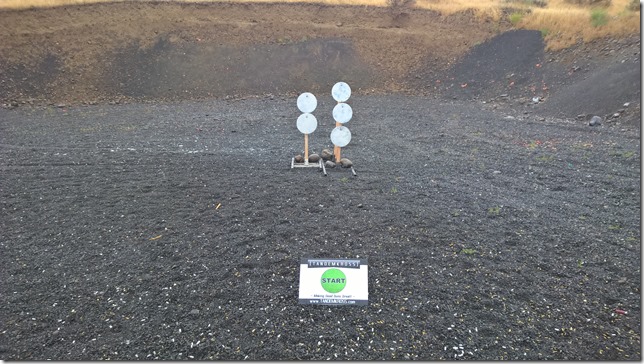 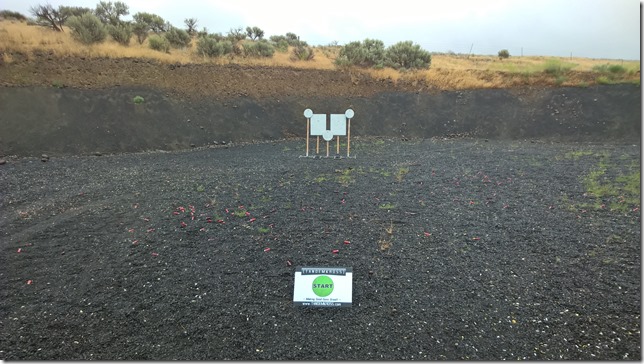 My shooters point of view video:

It doesn’t show up in the video but when the rain was heavy there was a cloud of water ejected off the targets with each bullet impact. It made the hits much easier to see.

Looking at the individual stage results closely and comparing them to the stage designs I see where I did poorly compared to the competitors slightly above and below me. It turns out I did relatively poorly on stages 2 and especially 4. These are stage types that are difficult for me to practice at my usual range. Unless I have the training bay I can’t put up multiple large targets or targets with long transitions. That is what I’m going to concentrate on for a a while when I get access to the training bay.

I had the opportunity to watch Kolby Pavlock shoot a couple stages. While shooting rimfire pistol iron sights on stage 6, Stepped On his slowest time, which was thrown away, was 1.30 seconds. The complete time for his best four strings was 4.91 seconds. That is an average of 1.23 seconds to make five shots (less than 0.25 seconds per shot). My best time for this stage with the same gun type was 2.15 seconds. He was shooting, on average, in 57% of my best time. He also won the NSSF Rimfire Challenge World Championships last October at the age of 16. His YouTube channel is here.

After lunch his mother sat down across the table from me and chatted for quite a while. They live in Idaho and we talked about Idaho, kids, and shooting. One of the more interesting things she told me was that not many people at his school know about his shooting accomplishments. The school principal once asked her, “Do you let your kids play with guns?” She told her, “No. My kids don’t play with guns.” She told her quite a bit more as well but you can probably imagine the rest of the story.

The complete match results can be found here.