On Monday, May 16th, aboard the Celebrity Solstice Barb and I got up early, 4:24 AM, to get good indoor seats for our possible visit to a glacier.

The first glacier we attempted to visit, at the end of Tracy Arm, was blocked by small icebergs. So we turned around and went for plan B. This was Dawes Glacier.

The video below was this second attempt. When we were about a mile away Barb expressed her opinion, multiple times, that it was time to turn around. We continued. We got within about a half mile of the glacier then did a 270 degree turn before leaving.

The scale of the glacier was hard to comprehend. It is so big it seemed much closer than it actually was. We got to within about a half mile of the face. The face was several hundred feet above the surface of the ocean and a half mile across.

The ship is 1041 feet long and 121 feet wide. I created the image below from a screen shot of Google Maps with the Celebrity Solstice represented by a rectangle approximately to scale at the point of closest approach: 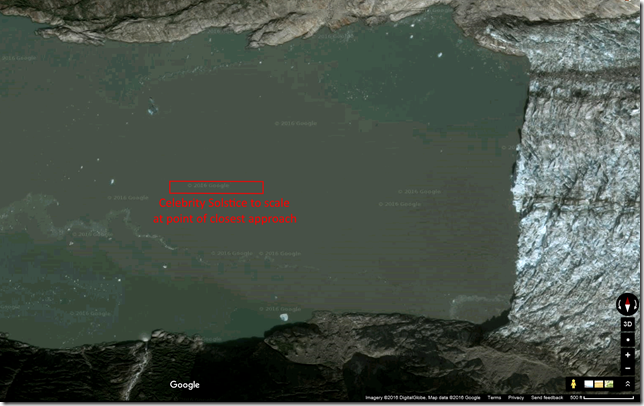 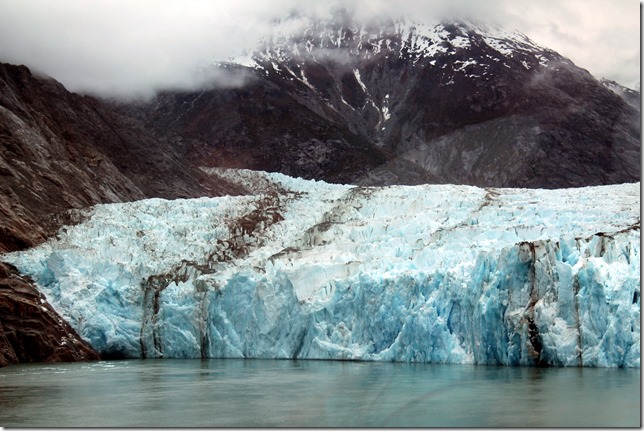 One of the possible excursion was to depart the ship and get on a tour boat which went into shallower and narrower waters to get a look at things much closer than what the Solstice could. Barb and I did not do this but others did. If you were to go on a cruise like this don’t count on getting so close to a glacier from the main ship. The cruise director told us that in doing this for 11 years he can count on one hand the number of times the ship has gotten this close to a glacier.

Here is the tour boat as seen from an upper deck of the ship: 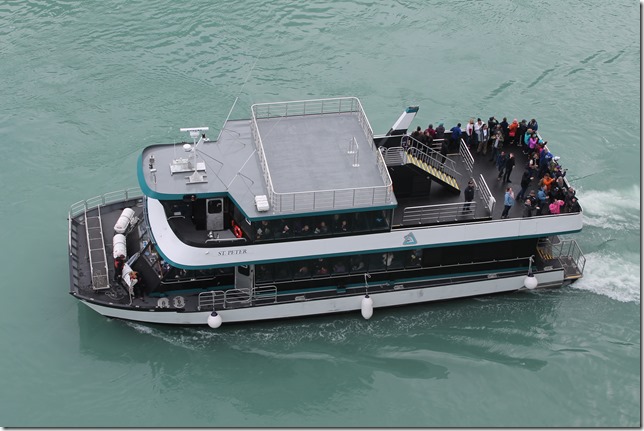 Here some of the many chunks of ice we saw in the fiord. They are incredibly blue. This is because the ice is so thick. The ice absorbs all colors other than blue. Blue light is transmitted and scattered. Because sunlight has all colors present some of the blue light comes back out to give the ice a blue color. 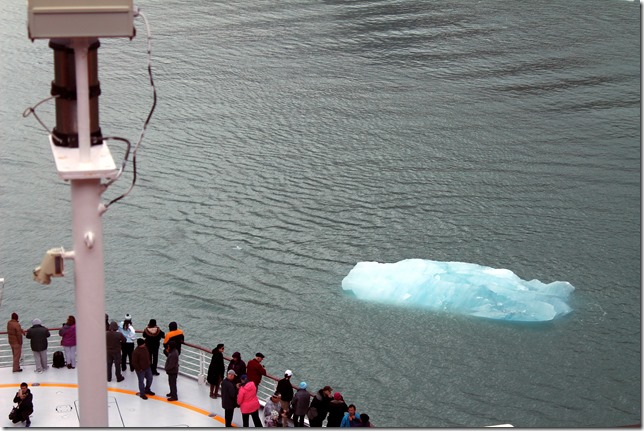 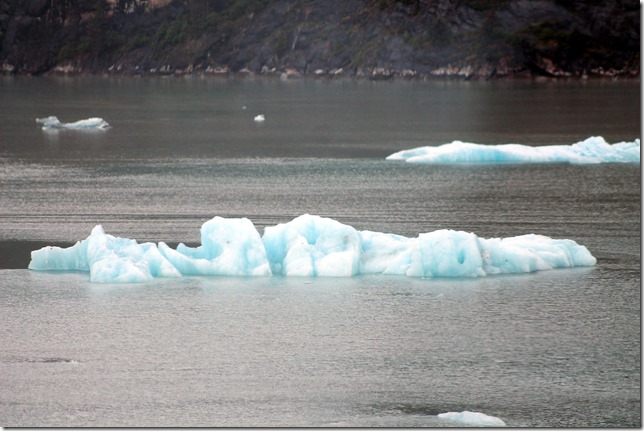 This was the high point of the cruise for us.

Some of the other events of our Alaska cruise were: