We got up early on Sunday, May 15th, as we were coming into Ketchikan. We got a table next to the window in the cafeteria and watched the scenery go by as we ate breakfast. 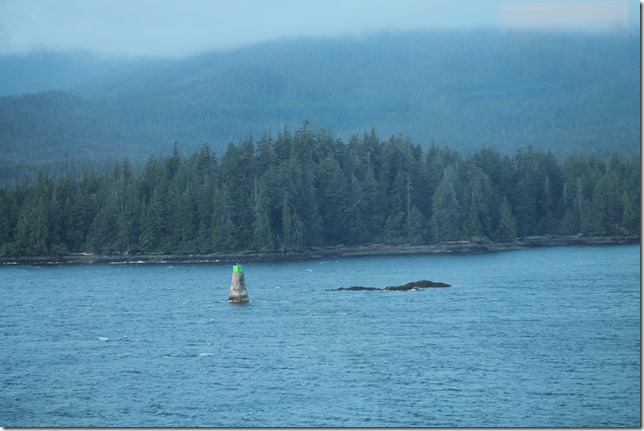 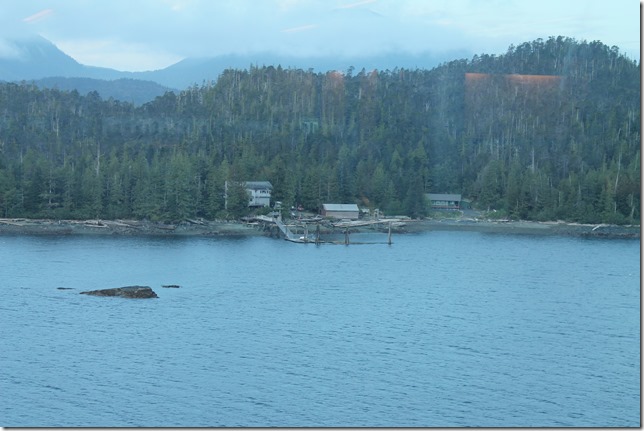 We then went up on one of the upper outside decks and watched as we pulled into dock. 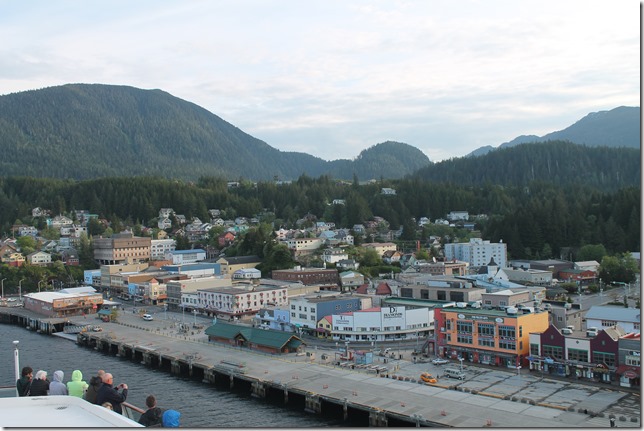 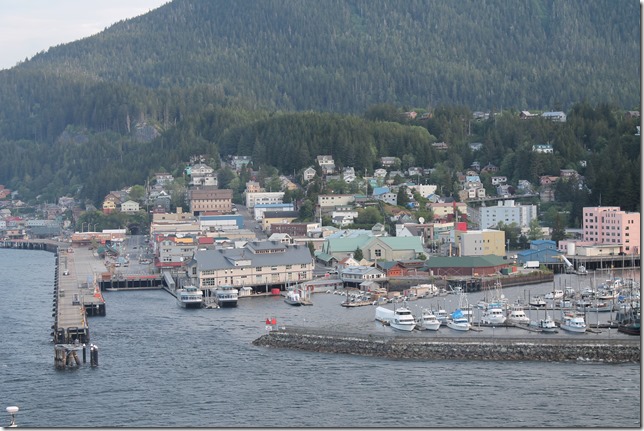 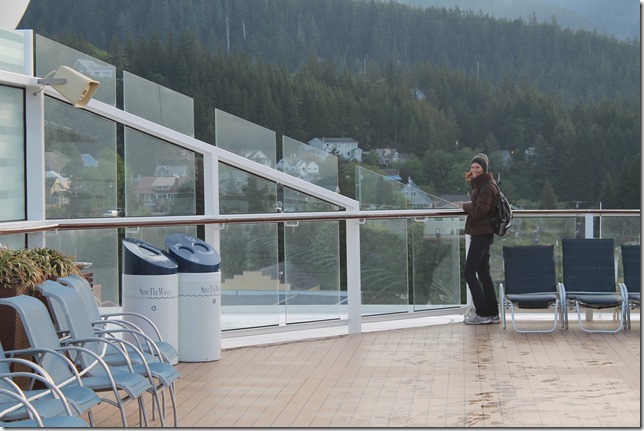 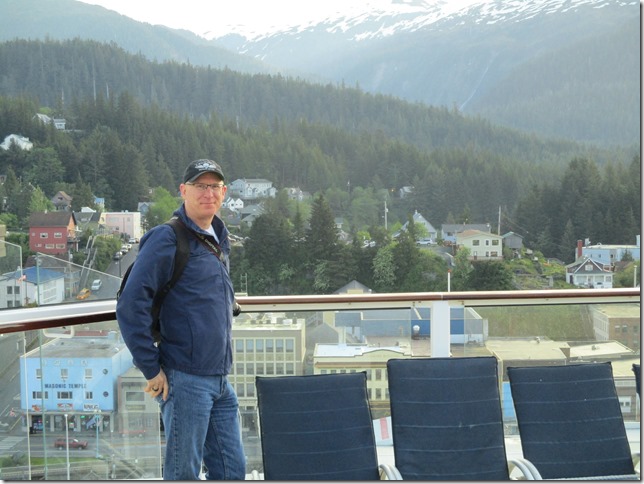 We were the fifth and sixth people off the ship in Ketchikan. We wanted to make sure we would be able to make it to Saxman Totem Park (see also here) before the crowds did. We debated walking the three miles or taking a cab. We started to walk thinking we would take a cab back then seeing a cab waiting at the curb we decided to take the cab to the park then walk back.

We were the first people to arrive at the park. The person taking the money told us that the next day, when four cruise ships would be there they expected to have 10,000 people visit. According to the 2010 census the town of Saxman has a population of 411.

As we were leaving another couple showed up. We couldn’t have timed it better. 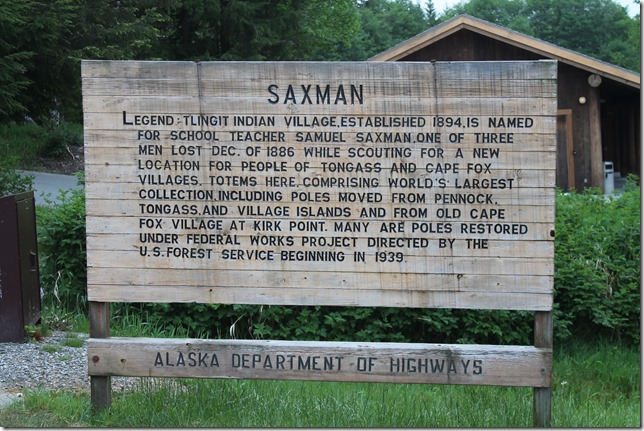 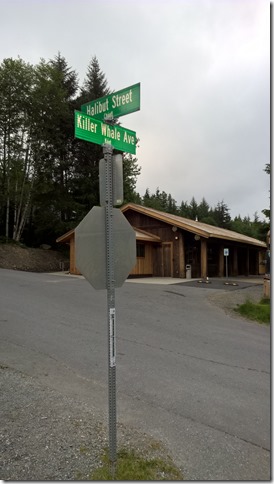 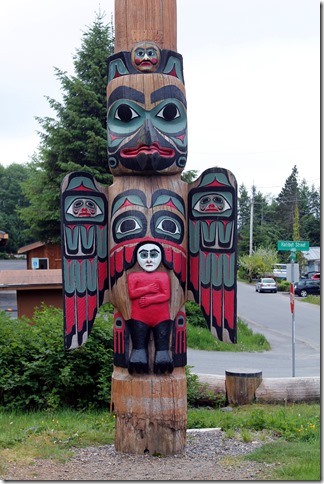 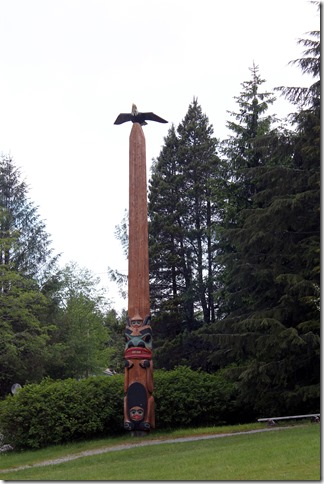 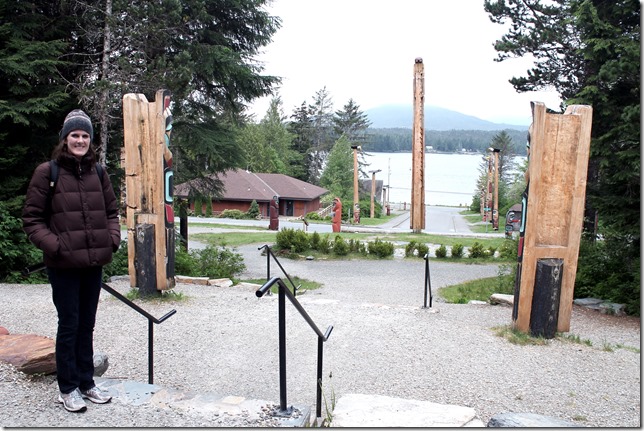 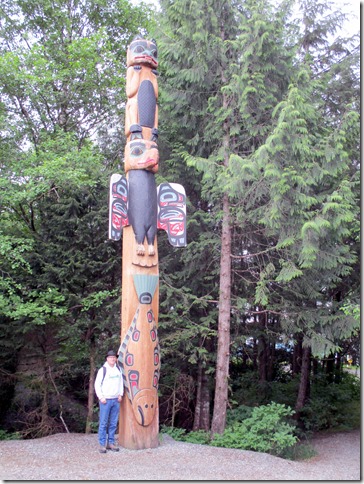 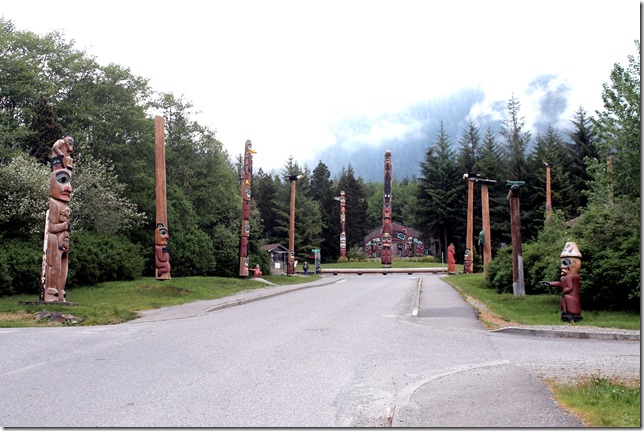