The first official day of Boomershoot 2016 went well. There was a little bit of rain at the very end of the High Intensity and during the Private Fireballs (we had four this year). But all the fireballs worked well. And the detonation rates were very good. For the Precision Rifle Clinic and Field Fire event we had over 95% of them detonate.

We had a minor glitch with the private fireballs. The road flares wouldn’t burn for more than a few seconds. I think they had gotten damp. Brian and I made a run back to the Taj Mahal and grabbed another box which worked well.

Below is one of the four fireballs. You can see from the top of the fireball moving to the left that we had some moderate winds: 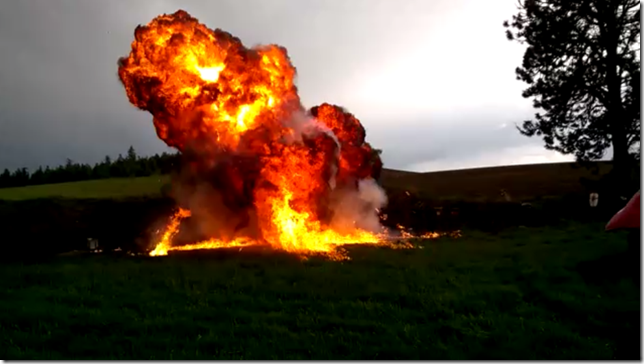 Here are some pictures from the High Intensity event. 224 targets: 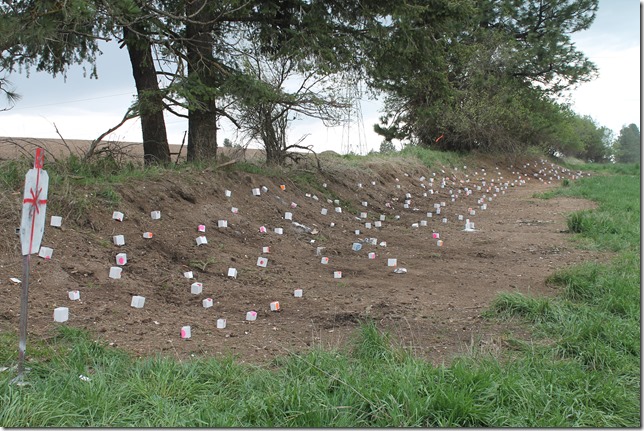 Some of the shooters as viewed from the targets: 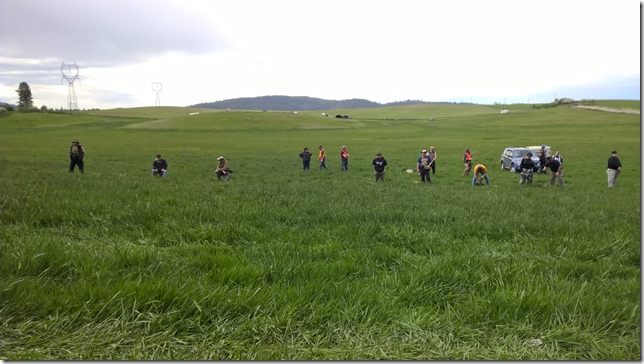 I bought some more Boomershoot direction signs this year and we have all the appropriate intersections marked. 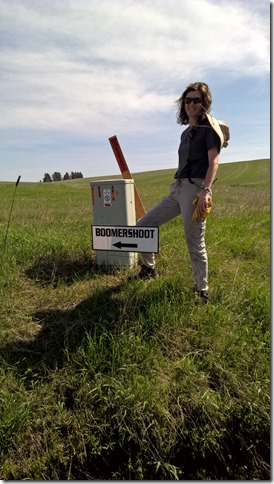 Tim got a flat tire on Thursday and we were short handed for setup but we got it all done anyway.

Kim got a flat tire on Friday and missed out on most of the target production. Barb took over most of the management of the production for the morning with Cindy and Bill doing the mixing for the first time. Barb and I credited the good detonation rate to their mixing and Tom doing the boxing.

It must be the year for flat tires and Boomershoot. Kevin Baker also got a flat tire Friday on his way to Boomershoot.

I overheard Brian giving Karen an overview of his speech for tonight’s dinner. It sounds really good!

5 thoughts on “Boomershoot 2016 in progress”