I recently hand loaded some 180 grain “Gold Dot® Short Barrel®” rounds in .40 S&W. Yesterday I did the promised “chronograph and water jug testing”. Here are the results:

10 shots over the chronograph from 10 feet away.

The water filled milk jug test was to determine if the bullets would expand at this relatively low velocity. The 0.401 bullet expanded to just under 0.6 and retained nearly 99% of it’s mass: 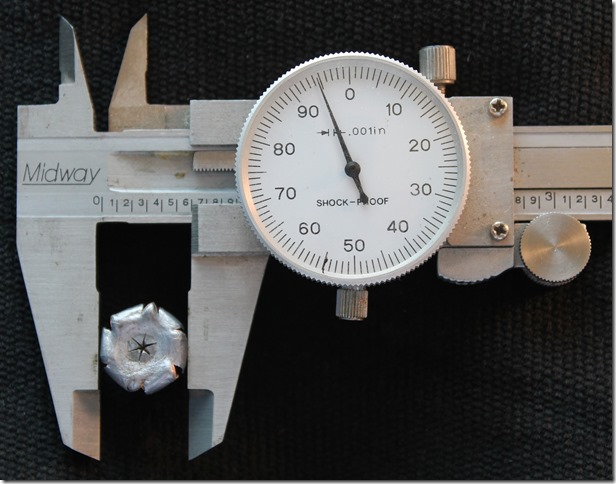 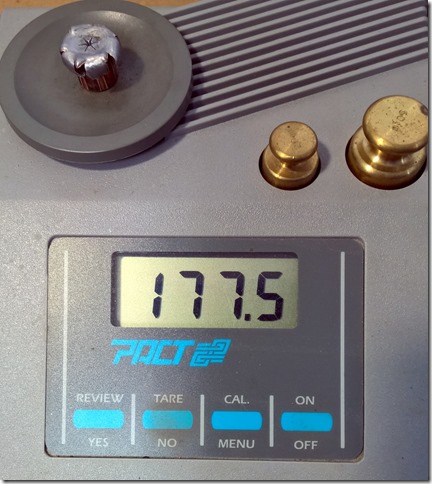 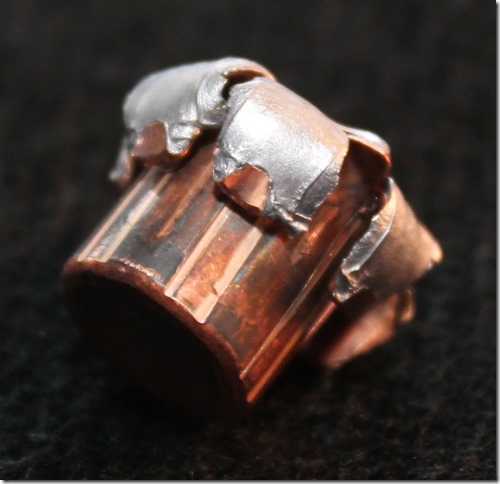 This is very good.

Brother Doug was a little worried that with the lower velocity perhaps a non-expanding bullet would be better for self defense because of the better penetration. Would it penetrate deep enough to “do the job”? I didn’t have any ordinance gelatin but my guess is that it penetrates just fine. They fully traversed three one gallon milk jugs filled with water. This is just under 18 inches of water.

I didn’t expect it would penetrate that far and for my first shot I only used two jugs for depth and put one on each side of the rear jug in case the bullet didn’t go straight after hitting the first jug: 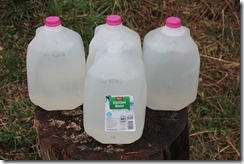 It fully penetrated the two jugs and I was unable to find the bullet in the berm.

The second time I changed the configuration to just three jugs lined up in a row: 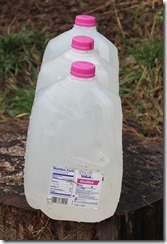 Again the bullet penetrated all the jugs but I found the bullet just sitting on the ground behind the jugs.