Roberta just posted about telegraph keys and coincidently I ran across this as I was continuing to unpack boxes that hadn’t been touched in 20 or 30 years: 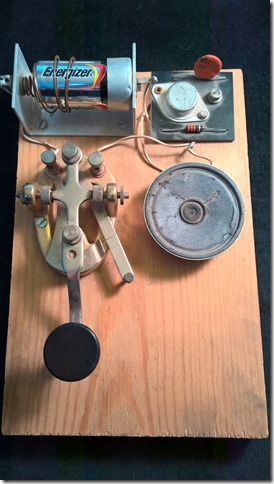 The battery is new and that is all it took to make it functional. It’s a code practice oscillator that Brother Doug and/or I built back in the late 60’s or early 70’s. Once upon a time we put in a half-hearted effort to learn Morse Code but neither of us succeeded at learning the skill.