I participated in a steel challenge match today. It was raining but there was no wind and it wasn’t very cold so with the right clothes it wasn’t bad even if looks really bad in the pictures. 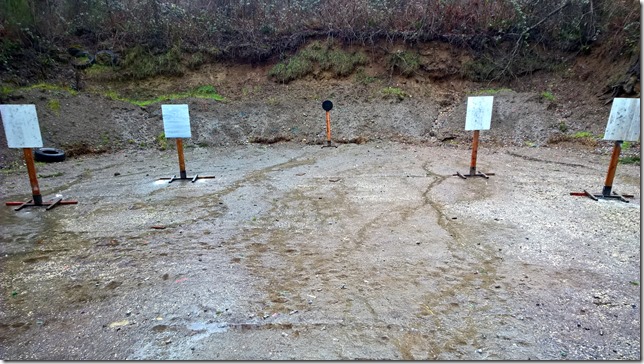 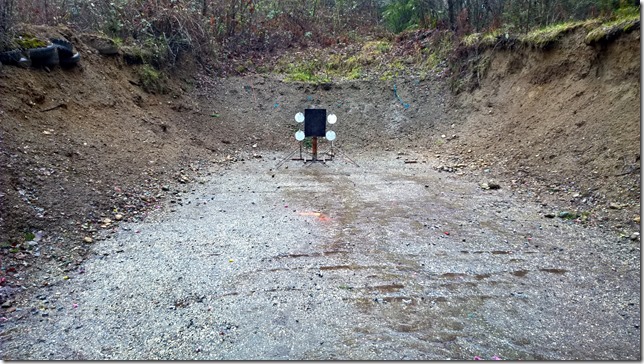 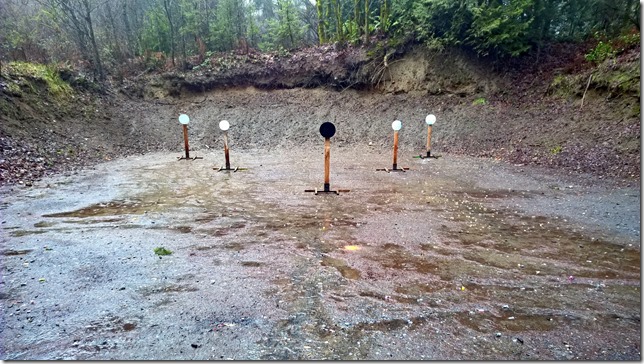 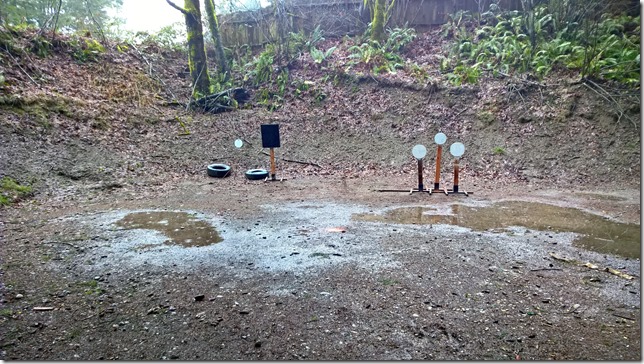 When practicing recently I have been shooting my “new” .22 that I have had all the problems with for so long. As of yesterday I had shot about 500 rounds, without cleaning, with only one failure to feed near the end of the sequence. And most of that was with standard velocity ammo (the manufacturer recommends high velocity 40 grain ammo only). With that sort of success I figured I could shoot a match with CCI Mini-Mags (recommended by the manufacturer) and have complete success. The first two stages I shot (Stages 3 and 4 below) it functioned perfectly. On Stage 1 it had two failures. On the last stage I shot, Stage 2, it again worked fine. Of course it happens on the only stage used for classification purposes with SCSA.

I did reasonably well anyway. In the Rimfire Pistol Iron (RFPI) sight division I came in second only to Christian. Christian is like 14 years old, just the sweetest kid, and an awesome shooter. He claimed second place overall in this division at the Washington State Championship last year.

I was the only participant in Limited division but for a Steel Challenge match Production division is very close so for comparison purpose I mentally inserted myself in the Production results which put me in second place. Again this was behind Christian.

Also of interest to me is that my centerfire gun malfunctioned with failures to eject on two rounds. One of those was, again, on Stage 1 just like with my other gun. Both guns were cleaned and lubricated the night before. Both guns had shot many hundreds of rounds without failures in the week prior. But as the RO asked when I whined about my malfunctions, “When you shot all those rounds without any failures were you shooting on the clock?” Yeah. I know. That has to be the reason. It was important to me so they malfunctioned.