Last Saturday, January 23rd, I went to Whidbey Island for the steel match. It was a rainy, dreary, day as I road the ferry to the island but I had rain gear and was dressed warm enough to be comfortable. 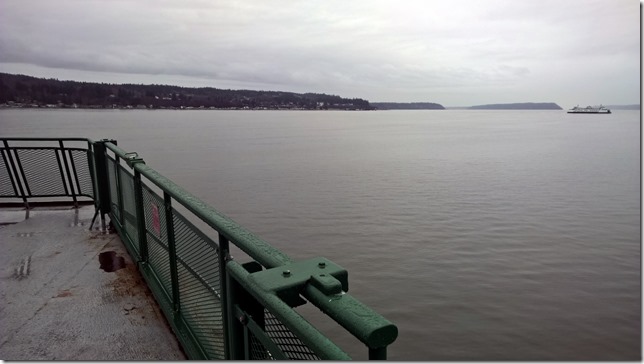 The weather wasn’t any better at the range and we put up a canopy to keep things a little drier for our little group of die-hard shooters: 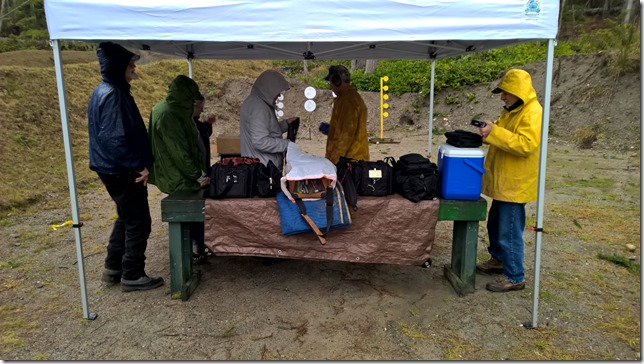 I shot my Ruger 22/45 for the iron sighted rimfire division and did okay with it.

With my STI DVC Limited gun I had changed out the sear spring and adjusted it for about 4.75 pounds of trigger pull rather than the 3.5 pounds it came from the factory with which I have never really gotten used to. It worked fine in practice and I was looking forward to using it. It worked fine some times then on other shots it had a much harder trigger pull. The pull was probably something on the order of 10 or 15 pounds. It was sometimes hard enough that my hands shook from pulling the trigger so hard to get it to fire. My times for centerfire pistol sucked.

67.12 seconds for five stages works out to an average of 3.356 seconds per five shot string. I’m okay with that.

Here are four of the five stages we shot. They started tearing down the fifth stage before I got around to taking a picture: 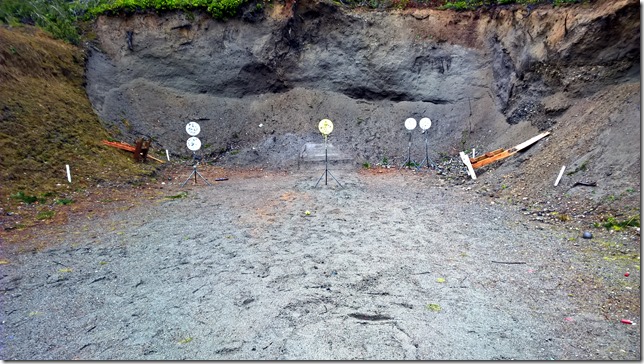 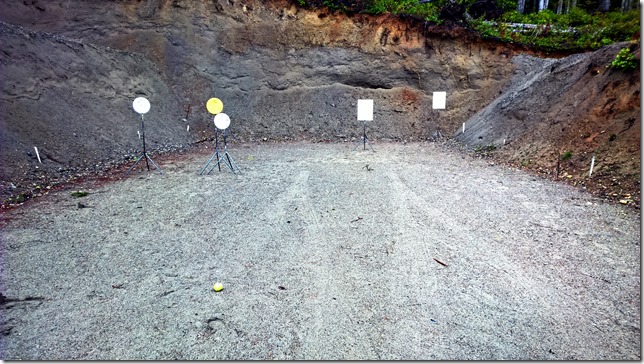 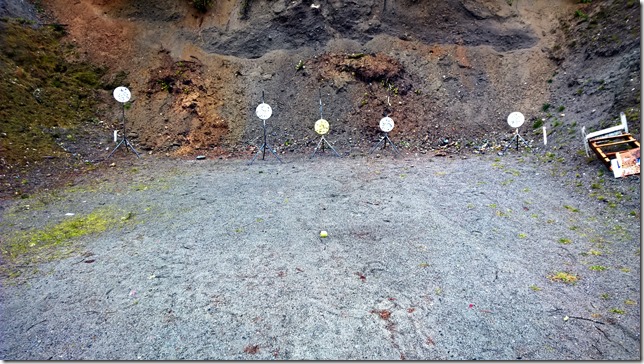