I found a bad primer when reloading some more ammo over the weekend: 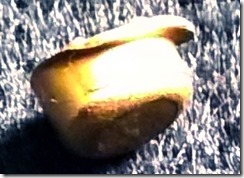 This is the second time (out of nearly 70K rounds reloaded) I have found a bad primer. The first time was less than a year ago. Again it was a Winchester Small Pistol (WSP) but it was a different lot this time: 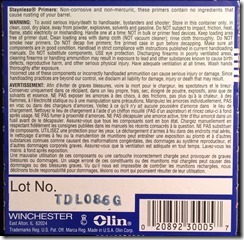 This primer was very obviously bad and would not have inserted into the shell casing without difficultly had I tried.