In restoring a couple of late nineteenth century cider mills, I’ve had to reproduce a number of iron castings. To produce a hollow space, or a flange, as part of a casting, a hardened sand “core” is placed inside the mold cavity.

A mold that uses one or more cores is a “core mold” and the form used to produce the core is a “core box”. There are different types of cores, but the sodium silicate or “water glass” core sands were very common at one time, and are still used. You just need a source of CO2 to harden the sand, and you see my make-shift CO2 generator in the background. It uses soda and vinegar. It’s what I had on-hand. 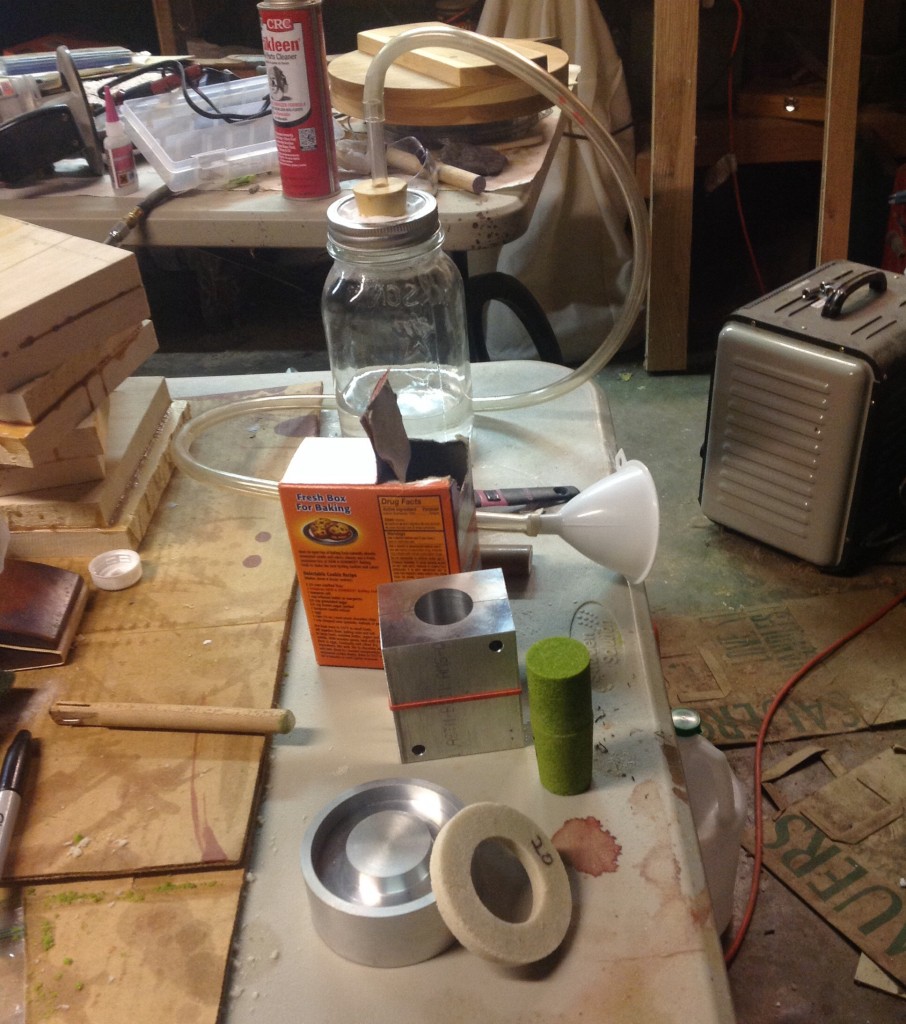 The sand is mixed with about six percent by weight of sodium silicate, which acts as a binder. That makes a slightly “wet” sand that can be packed into the core box. Carbon dioxide is then pushed through the sand under pressure, it reacts with the sodium silicate and hardens it in seconds, resulting in what you might call a form of concrete. The now rigid core is placed in the sand mold, the mold is closed and the hot iron poured in. Once it cools the new part is shaken out of the sand, and the cores are readily broken out from inside the part.

In this case I’m making new bearings to support one of the rollers in the mill’s grinder box. I had a new restoration up and running last season, only to break that bearing because I’m an idiot and used an oak stick as a stomper to push some apples down into the machine. Oak; bad. It jammed the roller and the running, 40 pound flywheel popped the bearing in two. POW! We’ll see in a few days whether this new bearing works out.