Still more persuasive evidence on the effect of gun control comes from Australia, which — following a highly publicized mass killing in the 1990s — banned many types of weapons, introduced a more restrictive permit system, and then launched a buy-back program in which states paid gun owners for turning in weapons that the new laws made illegal. Homicide and suicide rates dropped substantially. And while the murder rates was also dropping before the laws took effect, researchers found that the decline was sharpest for the weapons declared illegal and in those states reporting the highest buyback rates. 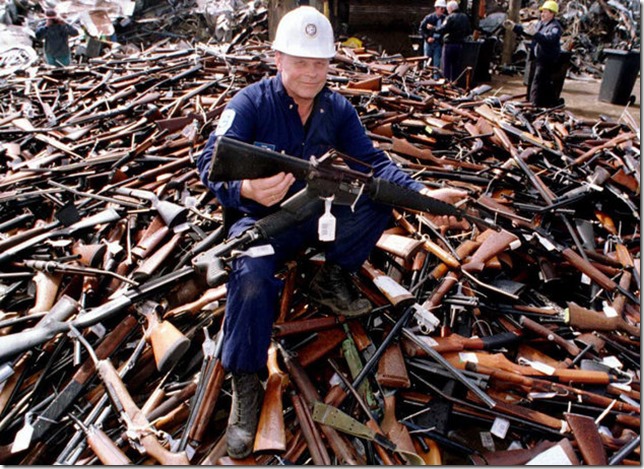 Don’t ever let anyone get away with telling you that no one wants to take your guns.—Joe]