Saturday I went to Whidbey Island for the steel match at Holmes Harbor Rod & Gun Club. I had specially practiced for this match last Thursday and had high hopes of doing well.

I won in both rimfire iron sighted (RF-I) and centerfire iron sighted (CF-I). In a similar match last month I had times of 69.39 seconds and 82.6 seconds compared to this months 67.22 and 82.13 seconds. Those differences are essentially in the noise unless the stages were more difficult this month but comparison of other shooters between the months doesn’t show a clear pattern so I’m going with I didn’t shoot measurably better this month. I had a lot of misses so I think I probably was doing the transitions quickly enough to make up for the misses. If I can combine the speed up in transitions with accuracy then I might see some improvement.

Here are pictures of the stages. You can play a game of “Where’s the tennis ball?” in each of the pictures to discover the starting aiming point for people shooting rimfire guns. 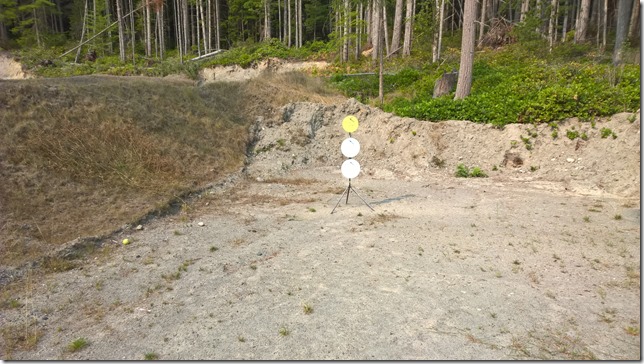 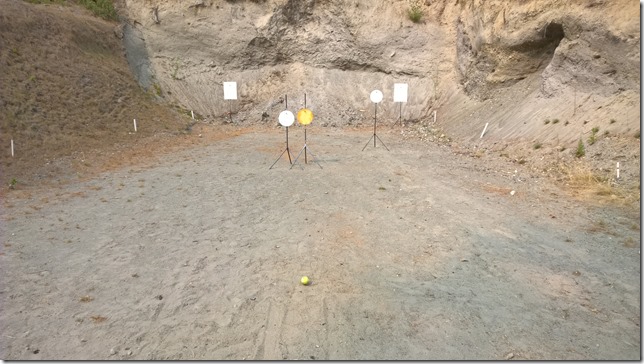 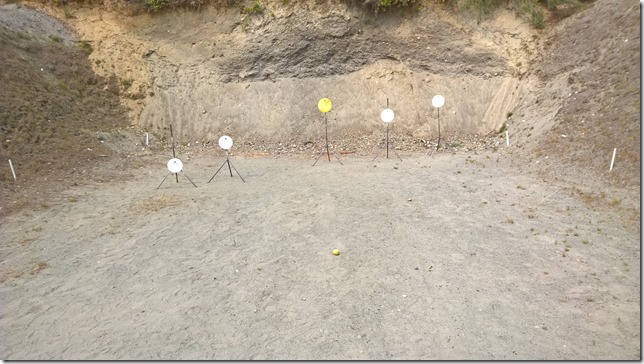 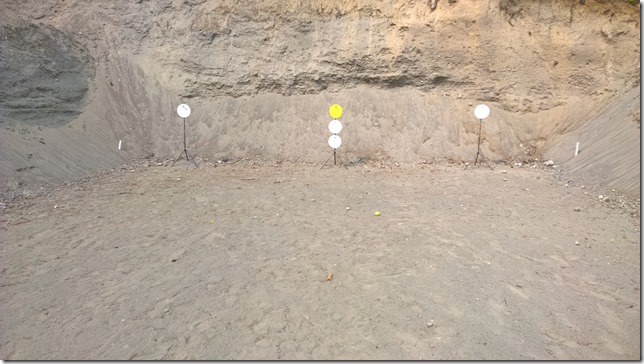 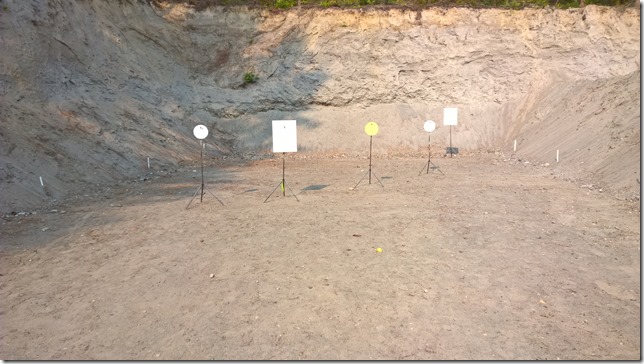 I was very pleased with one string (starting at 0.00:24). I shot five targets in 1.94 seconds. The first shot took about 0.77 seconds so the remaining four had an average split time of less than 0.30 seconds.

It was hazy from all the smoke but I had a nice ferry ride on my way home: 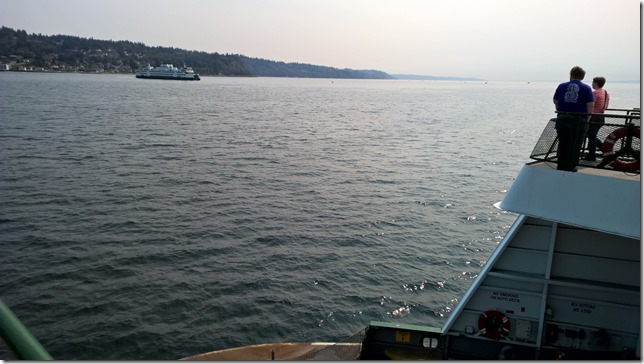