On Monday evening I received an email saying the normal match was canceled. No reason given. On Tuesday morning I got another email saying “Change of plans…The Steel Match is back on for this Saturday the 25th.”

It was a cool and cloudy day and sort of dreary but I have never been on a ferry ride that I didn’t like: 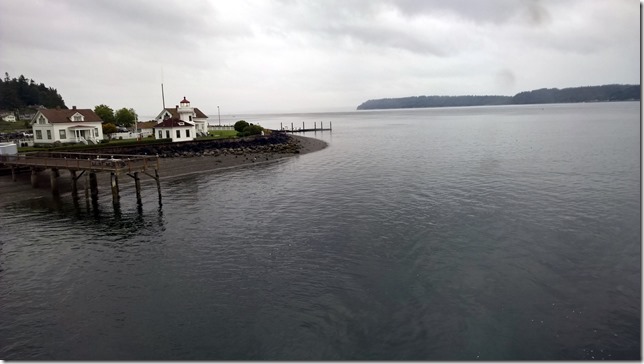 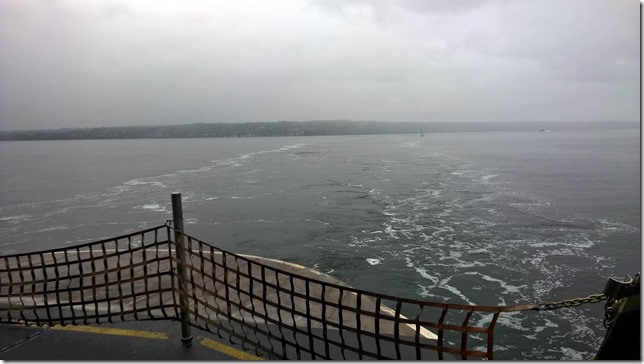 The stages weren’t quite as interesting as they have been sometimes but there was a good variety. As is usual for this match they use a yellow stop plate:

In most of the pictures if you look closely enough (click on the picture for a higher resolution photo), you can see the tennis ball used for the aiming point for starting if you aren’t using a holster. No one uses a holster for rimfire guns and combined with the lower recoil the rimfire people turn in some really great times.

That last stage is very similar to the stage we called “Drag Race” at the March 28th match:

The stage yesterday was a little slower than back in March because of the position of the stop plate but I still did well on it. Some people were impressed with one string in particular which, IIRC, using my STI in .40 S&W, I completed in 2.93 seconds with 1.59 seconds used for the draw and first shot. I know it was below three seconds because Jeff said that was the time he wanted to beat. He came very close. He had one string of, IIRC, 3.08 seconds. And one of 3.15 which included a miss, and a makeup shot, on the stop plate. If he had not missed it would have been 2.75 seconds. Also of note is that all the other centerfire shooters were using 9mm which has a lower recoil but I do fine with the .40.

To me, even though I can repeatedly do it, it’s almost unbelievable to be able to draw and shoot five targets of that size, at that distance, in about three seconds. After consuming 1.5 seconds on the draw and first shot the split times between the other shots average a third of second.

Both my guns ran perfectly and although I had a few misses things went well.

The match results were as follows: