As I posted earlier my participation in a USPSA match today was cut short by catastrophic equipment failure. Even having only completed three and zeroing three stages I still didn’t come in dead last:

For some reason they have me listed as being in Open class instead of Limited. I sent them email asking that they correct the error. 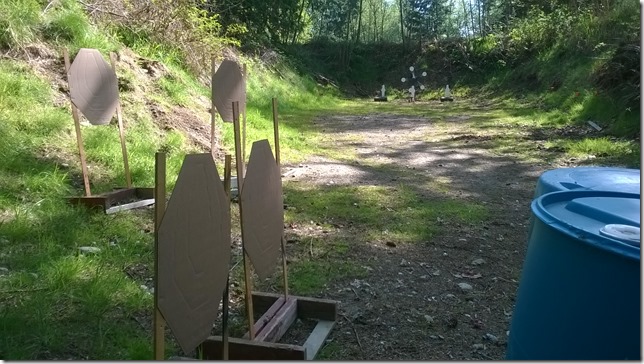 A Texas Star is challenging under most any circumstances but 31 yards is almost obscene. Without going to Idaho I don’t have access to a place where I can shoot targets at 31 yards. This was evident in my performance. It took me several shots to discover I needed to hold at the top edge of the plates to hit them. Many people left some and at least one person left all of the plates as misses.

This was another “interesting” stage. The start position was facing up range with your hands on the X’s: 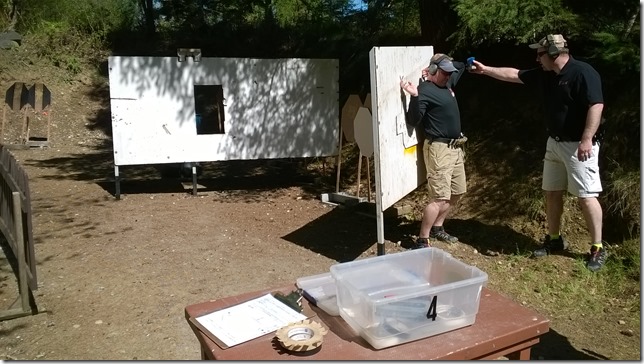 It was very awkward. And the taller you were the more difficult it was.