Yesterday I went to Whidbey Island for a steel match at Holmes Harbor Rod & Gun Club. It was a beautiful day to be on the island: 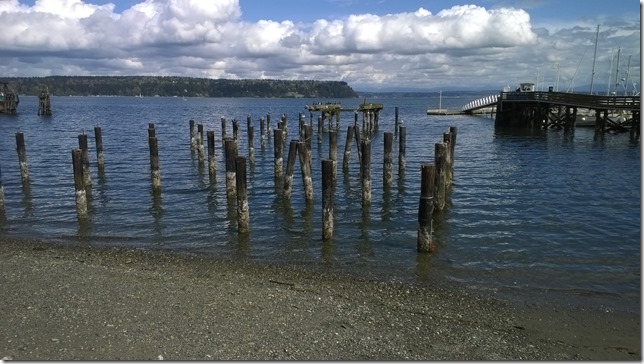 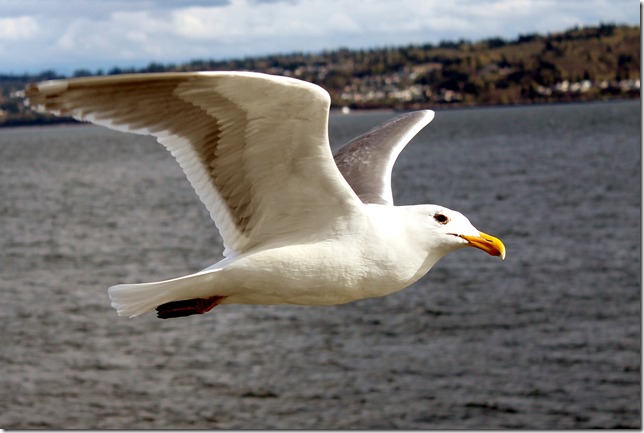 The match was run the same as Steel Challenge but none of the stages were the classifier stages.

The stages were the most interesting steel stages I have shot. In each of the pictures below you shoot the white plates in any order then shoot the yellow stop plate last. 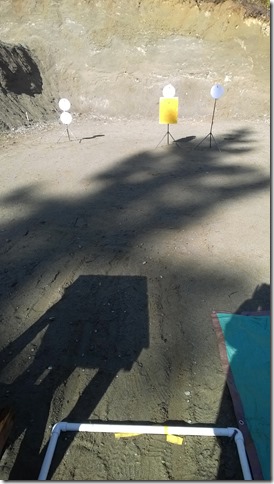 You had to be careful on this one. It was undefined what happened if one of your shots hit both the yellow and white plate. Our squad gave the shooter credit for whichever plate gave him the best result. 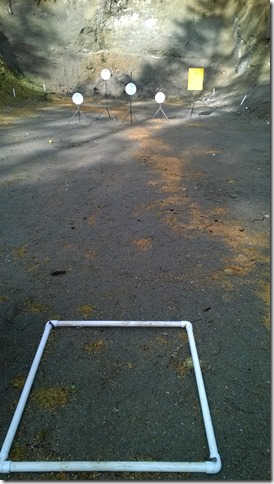 One guy in our squad called this stage “Saw tooth”. 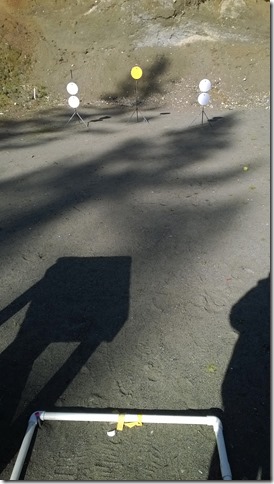 They called this stage “Train crossing”. 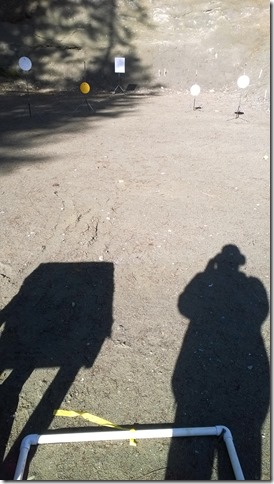 I don’t recall there being a name for this stage. 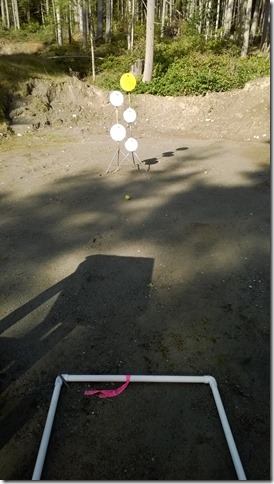 They called this stage “Drag race”. Obviously it was a very fast stage.

“Drag race” was the last stage our squad shot and I was “getting into the zone”. As per Steel Challenge rules we shot each stage five times and threw out the slowest time and summed the remaining four times. My cumulative time for the four best strings was 11.87 seconds (an average of 2.9675 seconds for the draw and five hits). One string was 2.83 seconds. When I finished a guy on our squad told me, “Fancy shooting!” I’m not sure “Fancy” was the appropriate term but I was very pleased with the results. Although I’m nearly certain there are a lot of shooters could do it in under two seconds.

The overall results are as follows. Most people shot more than one gun in different classes. The class definitions (IIRC) are:

It wasn’t a big field of competitors in my class but I did win by a pretty wide margin.