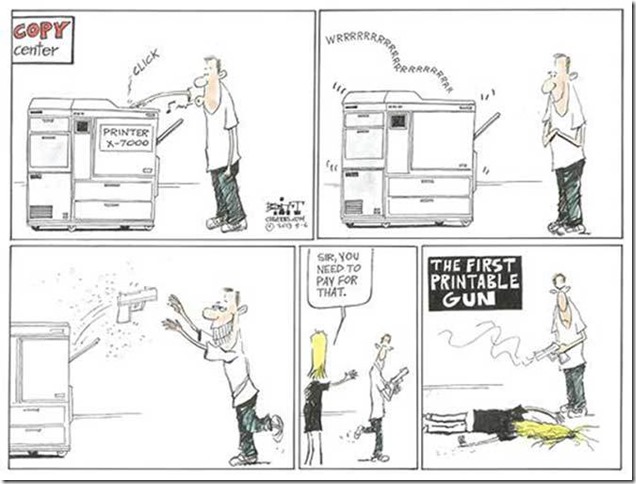 In what universe is this cartoonist living in? If anything like this were to be true then it would also be true at the gun stores of today. There also have been lots of guns printed and I’m certain nothing like this has happened, let alone the first time a gun was printed.

This guy wants to make people think that only cold blooded killers would want a gun. This, of course, is demonstrably false. But the bigger the lie the more likely is it to be believed.

18 thoughts on “Gun cartoon of the day”