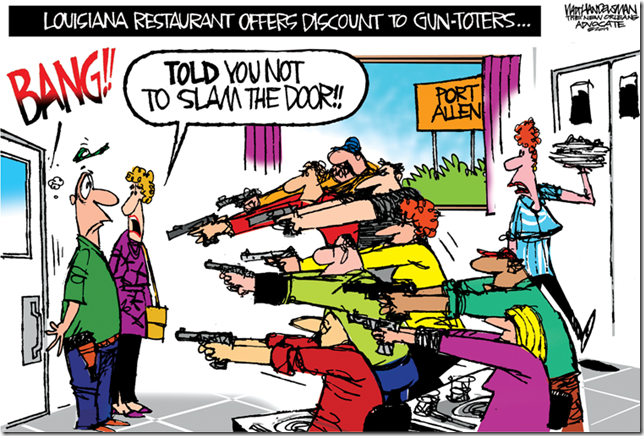 The cartoonist has an extremely wild and error prone imagination and/or is prejudiced against gun owners. What would be the response if some cartoonist hypothesized some equally outrageous consequences for a restaurant that welcomed people of color or alternate sexual orientation?

Bigotry and prejudice is never pretty regardless of the target. People should explain this to the cartoonist and the media that propagate this sort of thing.