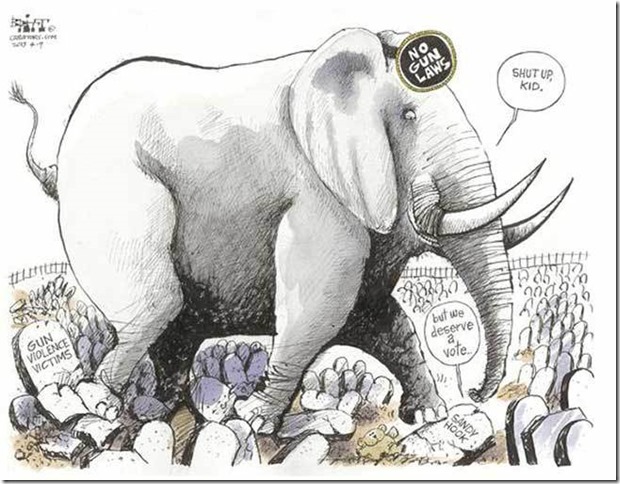 The misrepresentation, lies, and false implications of this cartoon are almost overwhelming.

I’ll just address a couple of points. There are many more than could be made in this piece of garbage.

The elephant obviously represents the Republican party. Anyone who claims any major political party in this country is so cold hearted as to deliberately disregard the deaths of the innocent victims of the Sandy Hook tragedy has some serious mental health issues. The participants in the gun law debates can disagree on the appropriate response to the event and still see the other side as caring human beings. This cartoonist sees those opposed to oppressive gun laws as something considerably less than human.

This is consistent with many other anti-gun people. They want you dead and portraying gun owners as less than human is one of the steps on the path to achieving that.