Last weekend Barb and I went to California for Stanford’s Parents Weekend. It is Barb’s daughter, Maddy, who is attending there and I was mostly along for support such as carrying heavy objects, navigation, and donating excess heat to Barb as needed. It was colder than we expected and we even had rain. I’m not really complaining about it. Mostly just trying to rub it in a bit to others. While others were dealing with snow and cold we went for a walk on the beach.

When not performing my normal duties I took pictures. We drove to Venice Beach and hiked a little more than 1.5 miles south were some of the prettier ones were taken. Some other time I’ll post pictures of the two mile long particle accelerator we toured. 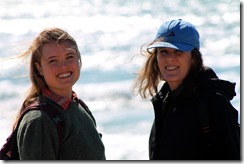 As shown by the unruly hair it was a little windy. 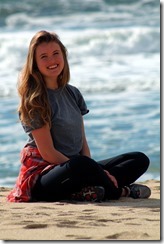 It was a little bit cold. We only saw three women in bikinis and I only saw one of them get into the water. While we were glad we brought coats and long sleeve shirts for a time it was comfortable with short sleeved shirts.

We saw a group of about 15 or 20 people on horseback. I’ve never ridden horse on a beach before. I might like to try it sometime. But it probably would have to be without Barb. She doesn’t care for riding horses.

This is probably a radar station but I preferred to think of it as a giant golf ball on a tee.

There were a fairly large number of seagulls and I was a bit concerned they were on “bombing runs” sometimes when they flew over but they were actually well behaved. 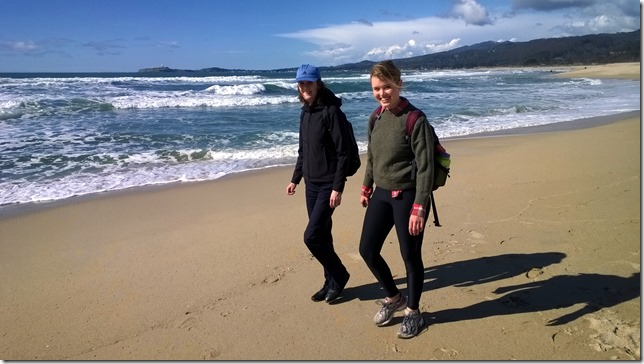 I took this one with my phone. I wish I had used my SLR. With a longer focal length Barb would not have been so distorted in size compared to Maddy and the higher resolution would have made it something I would have cropped a little bit, printed, framed, and hung on the wall. 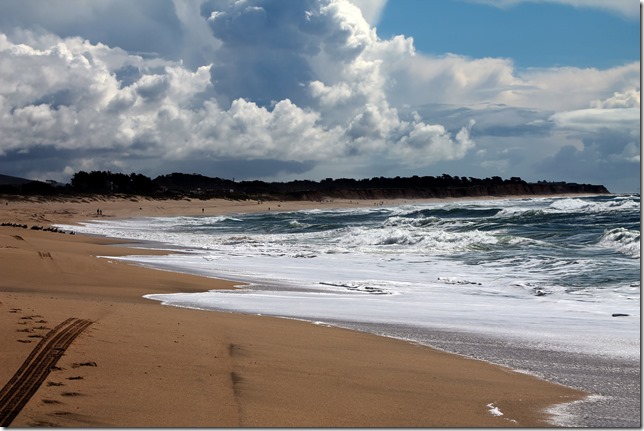 This is probably my favorite. The dramatic clouds. The active ocean. The disappearing tire track. Even the seagulls in the distance really appeal to me.