Hirsch didn’t really say a lot but what she did say demonstrated she was generally knowledgeable about the technology. The only thing I thought she was off base on was she thought smart guns would protect against thieves. The other thing of note which she said was that the market for this technology were families.

The following information is from the bio given to participants:

Margot Hirsch is the President of the Smart Tech Challenges Foundation (STCF) a non-profit focused on reducing gun violence through the technology and innovation. The STCF was formed in 2013 with the mission of bypassing the political gridlock and polarizing debate around gun control versus person freedoms, by spurring innovation in technologies that serve to reduce firearm-related injuries and death. By awarding grants directly to innovators through the first-of-its-kind Smart Tech for Firearms Challenge, Margot is on the leading edge of inventive challenge philanthropy, finding market-based, entrepreneurial solutions to a social problem that claims over 30,000 American lives annually. She is responsible for the overall strategic direction of the foundation, running operations, board development and fundraising.

Prior to joining STCF, Margot was Regional Vice President of Blackboard, Inc. where she led international sales for the Connect division of Blackboard, a leading provider of learning solutions to the education market. With over 25 years of sales and business development in the technology industry, Margo has held business development and sales management roles at Smartforce/Skilsoft, eProsper, Angel Investors, Global Village and American Express.

More information about the organization and some of the people and technology they have given grants to can be found on their web site.

Burles presented polling data from a recent survey they had done for Washington CeaseFire. One should be careful using their data. From their website:

How We
Do It

We measure a brand’s strength in context with its competitors to identify its assets, liabilities, & unique niche in the marketplace relative to the competition.

FIND YOUR
“BASE” & “SWING”
AUDIENCES

Our model not only identifies a brand’s loyal customer base, but also uncovers persuadable consumer segments who can be taken from competitors to grow the brand.

PSB’s proprietary message development process delivers a clear roadmap of what to say, how to say it, and to whom to say it.

In this instance their customer is Washington CeaseFire.

That said this is the data Burles presented to the audience: 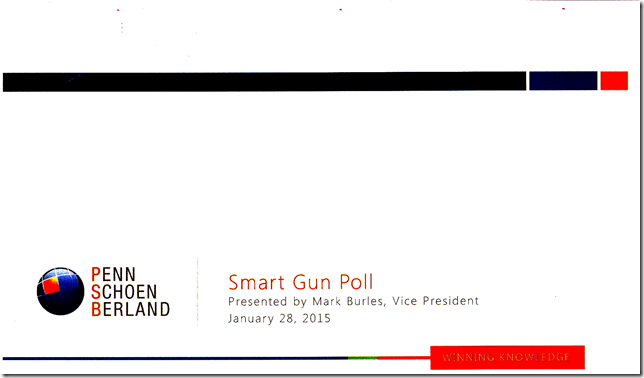 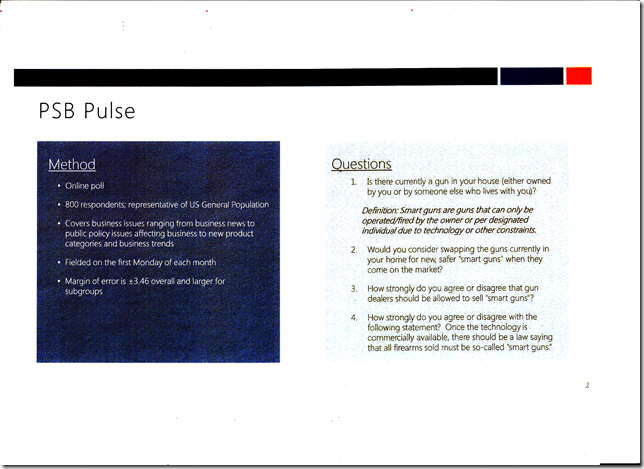 Online poll of 800 respondents, representative of the US General Population. Margin of error is +/- 3.46 overall and larger for subgroups.

How do they do an online poll without a self-selection bias? 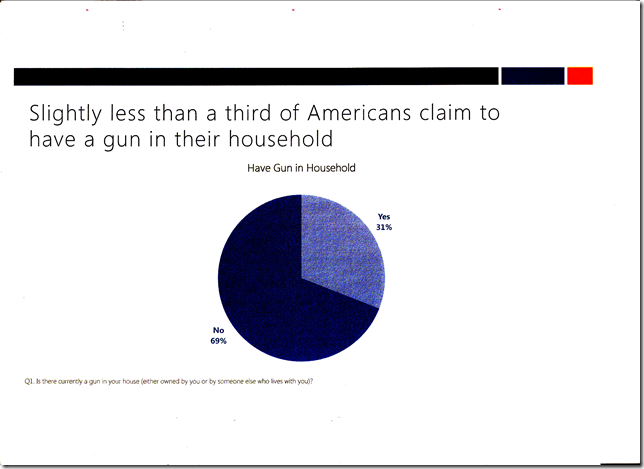 31% of the people polled answered “Yes” to the question, “Is there currently a gun in your house (either owned by you or by someone else who lives with you)?” 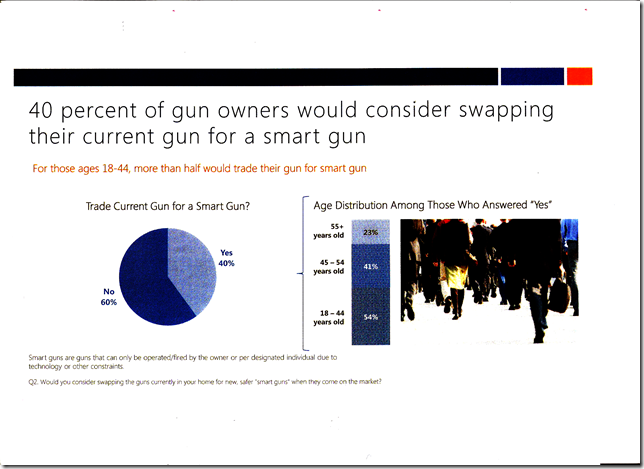 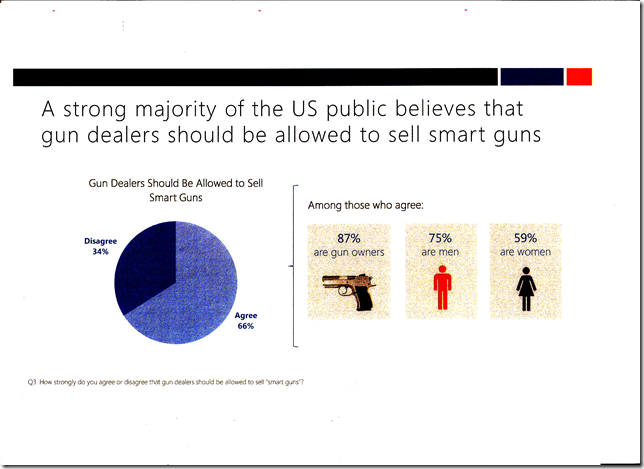 66% of the public agreed that gun dealers should be allowed to sell smart guns. 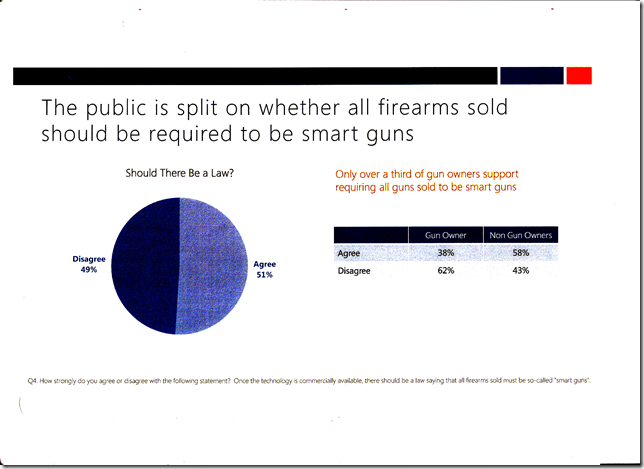 Over all 51% think there should be a mandate for “smart guns” if the technology is commercially available. But only 38% of gun owners agree while 62% of the general public agrees with a mandate. 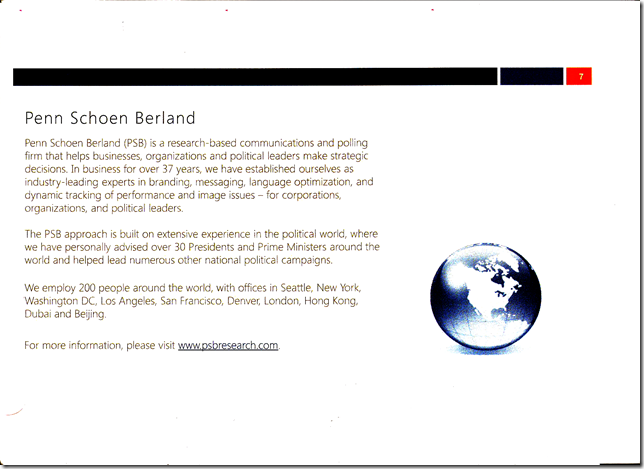