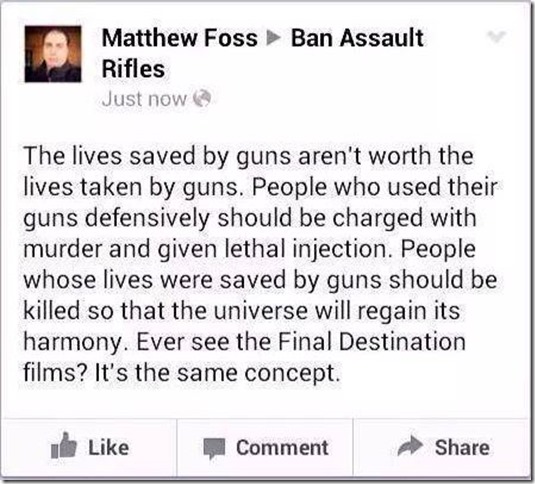 Matthew Foss
From here.
[I don’t know the date or which of the many Matthew Foss’s in the world wrote this. I don’t know if it was a parody or sincere. If you find out let me know so I can update this post.

Assuming it was sincere…

Just so you know what they think of you and what they want done to you.

Don’t ever let anyone get away with telling you no one wants to take your guns.—Joe]

21 thoughts on “Quote of the day—Matthew Foss”