The QOTD yesterday was by Vladimir Lenin. And, as you might already know, every post made gets automatically Tweeted to my Twitter feed. By the end of the day I had two new followers on Twitter: 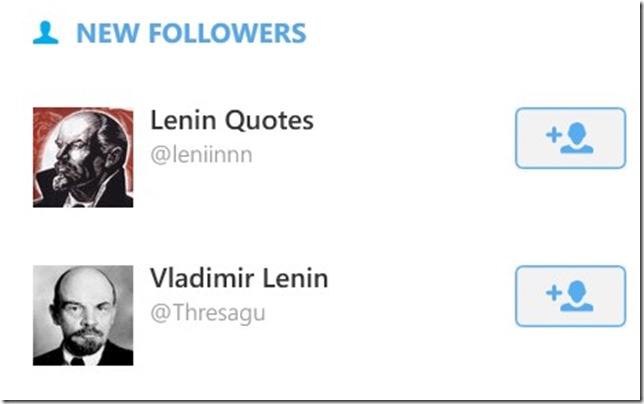 It’s possible these may be spam accounts but they are not mocking or disparaging him.

I find it just a little bit creepy.