I built this gadget around 20 years ago. It’s been in use on a mountaintop ever since, until being brought down to my shop today. Three of the cylinders are marked “C” and the other three are marked “L”.

I remember having it the back of my 1966 Chrysler Town and Country station wagon parked across the street from the Federal Building in Moscow, Idaho right after the Oklahoma City bombing and wondering if I was going to get hassled for it. 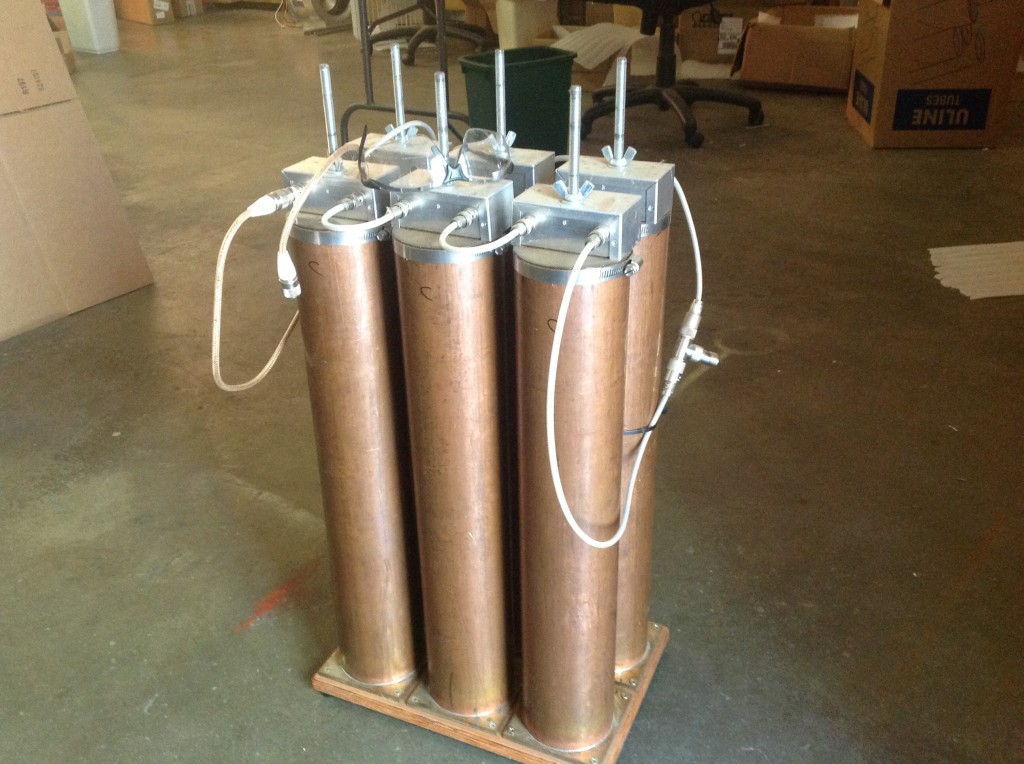