I grew up in Alaska, and still have most of my family there. Summer is a great time to go places with the kids, and visiting home is always an item high on the list. But, because Alaska Airlines normally has a defacto monopoly on flying into Juneau, it’s usually around $500 a ticket from Seattle. When Delta decided to give them some competition this summer, priced promptly got cut in half. The daughter has been there once before, when she was two, and the son only in utero. So, we went. I flew up with the kids, and the wife flew up a week later to join us.

We did a bit of fishing (salmon, mostly humpies and dogs, were jumping and surfacing less than ten yards from the shore pretty regularly, but not biting) click to enlarge: 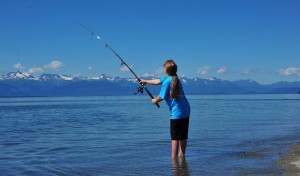 And more fishing (that’s my brother holding the halibut up). We caught a dozen over three days, threw back as many, and also kept some large cod and rockfish. The kids later decided they liked battered and fried cod and halibut: 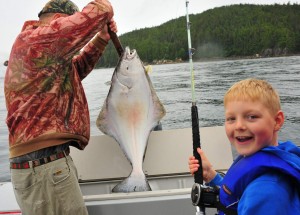 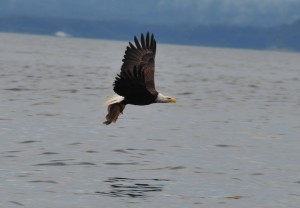 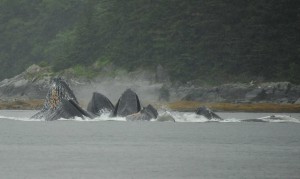 We spent some time at a cabin on an island, with LOTS of brown bears and salmon streams. So many that the phrase “I’m going to use the outhouse. Cover me!” isn’t hyperbole, it’s a simple fact. Whenever I was on shore, I was caring a 12 ga loaded with slugs and/or buckshot, and a “light day” means a Glock 10mm or .454 Casull. (Not our cabin in the background, but the “dent” in the shoreline just behind my daughter’s head is a salmon stream we saw a bear passing through a little while earlier). 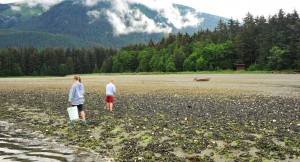 We looked at scenery (the Mendenhall Glacier in the background):

We looked at dead things, like a washed up whale:

We hiked a bit, like the West Glacier Trail (starting nearby on the left, two pictures up), which you can take, with a bit a scramble, all the way up to the glacier. This picture is full resolution – find the people (not us) on the glacier. 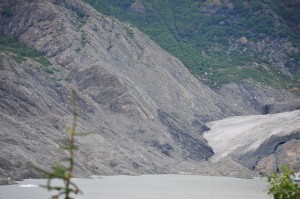 We picked some wild berries (nagoonberry, or “arctic raspberry,” delicious and easy to pick, abundant when in season, and a fun thing to happen across on a walk.): 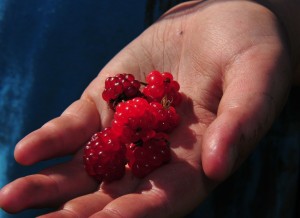 Even had a little fresh trout at the beach:

We also saw all the normal bears and salmon and crab and tide pools and blueberries and such. Yes, some days are good.

(all photos taken and copyrighted by me, of course).