The last few times I used my AR it would occasionally “double”. I thought maybe it was just dirty and cleaned it. It didn’t do it for a while then it did it again. I cleaned it then when I had the private party last month it did it when it only had a few rounds after being cleaned. I set the gun aside and used a different one.

About three weeks ago I removed the trigger group and was going to replace the springs. That surely was the problem, right?

I was dismayed at the state of the important surfaces.

This is a known good hammer and trigger: 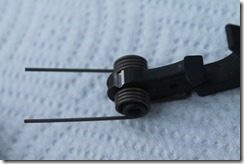 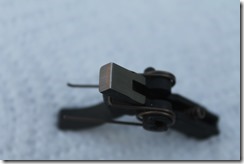 And cropped down to just the interesting parts: 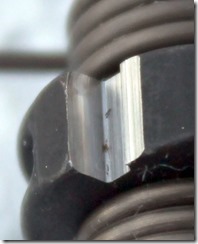 This is the bad hammer and trigger: 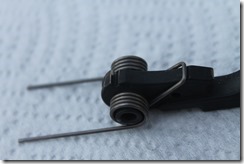 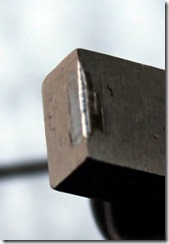 Do you see the difference? That’s some ugly wear on those critical surfaces. I believe that was the source of the problem.

It would have been really ugly if the ATF took a dislike to me. A gun malfunctioning like that can result in a prison sentence. It’s not right. The law should be fixed. The ATF should abolished or at least have it’s “claws trimmed”. But that is the way it is.

I’m pretty sure the known good trigger group parts fixed the problem. I have probably 300 rounds through it without issue now.