As Barb said, more than once, “When you see it you understand why they made certain areas National Parks.” Zion has a resemblance to Yosemite in that what Barb said about it also applies, “Meh. Maybe I’m getting spoiled but one stunning view looks pretty much like another.”

Yup. That pretty much describes Zion. It’s not surprising the park gets over a million visitors per year. 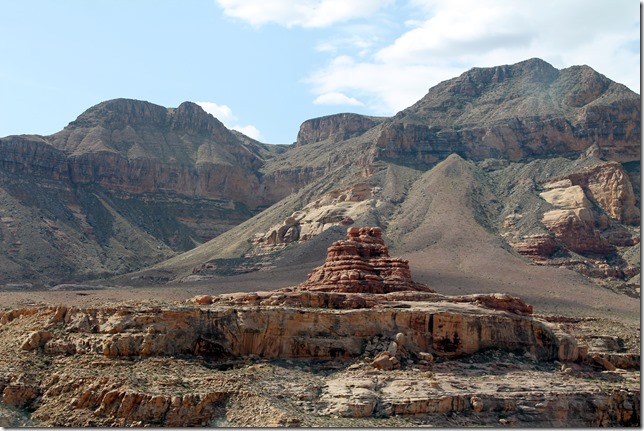 This was on our drive to Zion Canyon. I think it might have actually been in Arizona. We crossed the Northwest corner of it on our way. 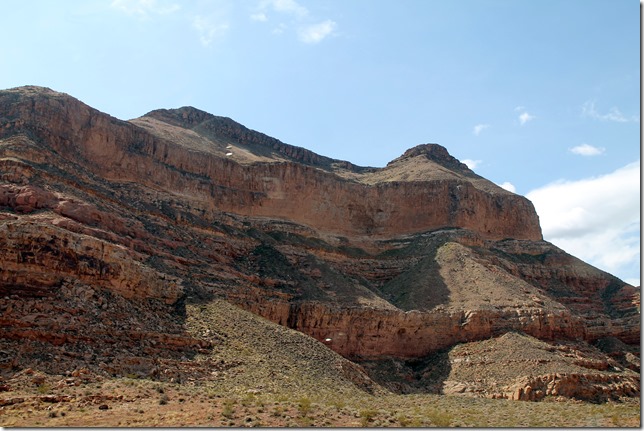 Another picture that probably is in Arizona.

You just expect to see Wiley Coyote and Road Runner zip by you any moment. Is the dust in the picture below from them? 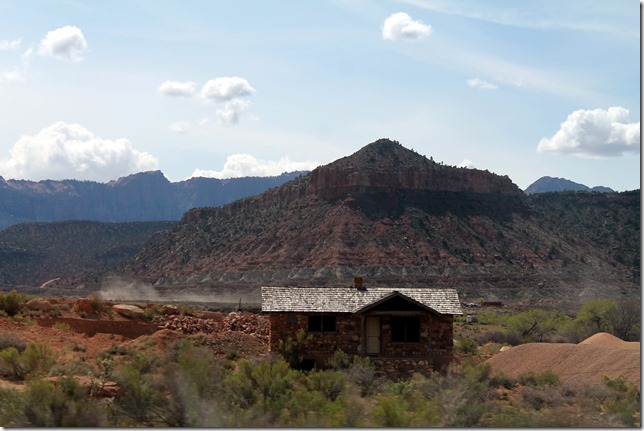 Again, probably in Arizona or outside the park near St. George Utah.

It’s beautiful to visit but Barb and agree there is no way we would want to live there. We like the tree covered mountains, rivers, and lakes too much to spend much time away.

The rest of the pictures are from inside the park and I’ll mostly let them speak for themselves. 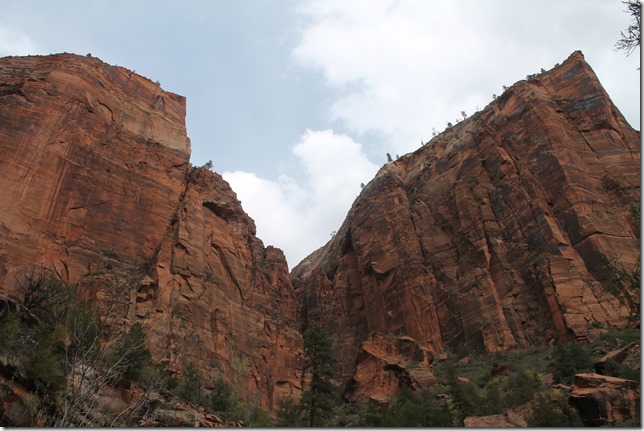 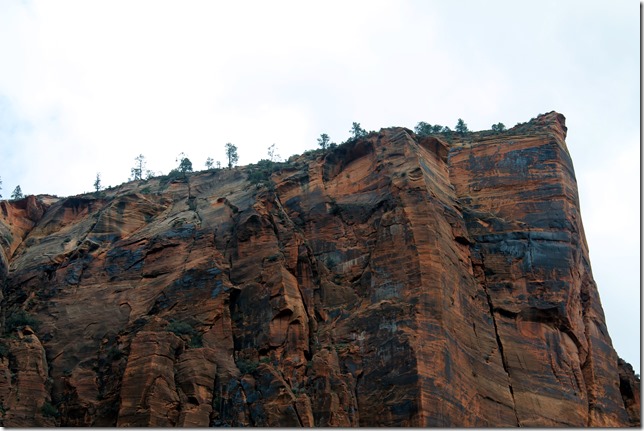 Close up of the upper right corner of the picture above it. Notice the size of the trees to get a clue as to the scale. 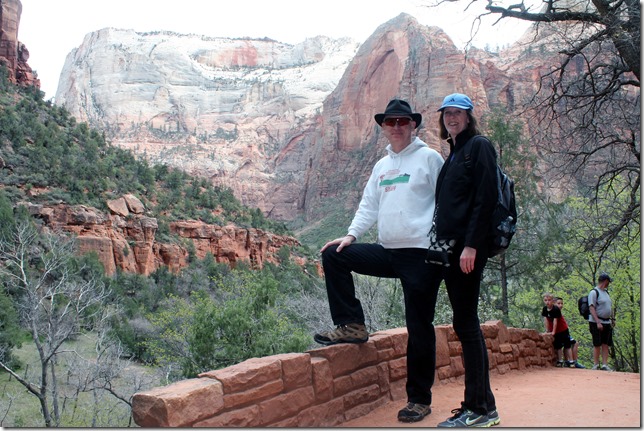 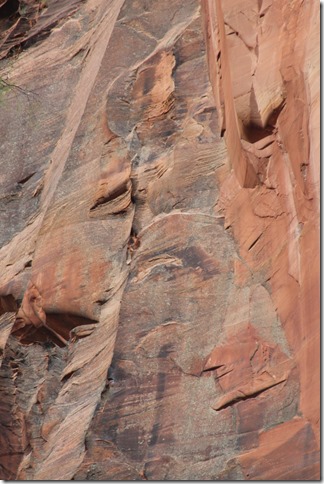 There were some people climbing the cliffs. A small group of people were pointing at someone on this cliff. I couldn’t really see it so I took a picture with my telephoto lens, then zoomed in on the spot they were point at then asked them if this was what they were looking at: 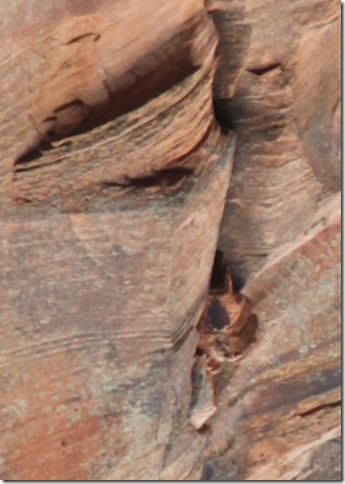 Yup. Just as I thought. It was just a rock formation. 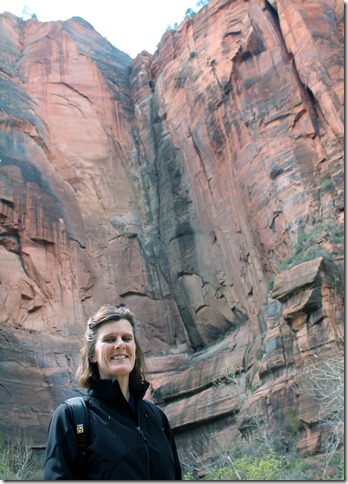 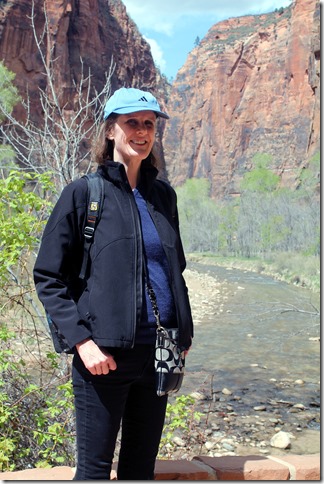