This last weekend Barb and I did some Boomershoot 2014 prep. We installed some new LED lights in the target production facility (Mecca). We cleaned up the benches and Barb swept the floor. We are close to ready for target production in about two and half weeks.

One of the critical chores was an inventory of the target stakes:

This was just a jumbled pile of stakes and we stacked them in a neat pile to aid in counting and distribution for this year.

We also checked on the status of the daffodils we transplanted last June. They seem to be doing okay: 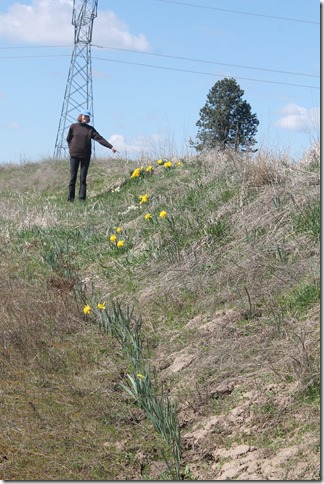 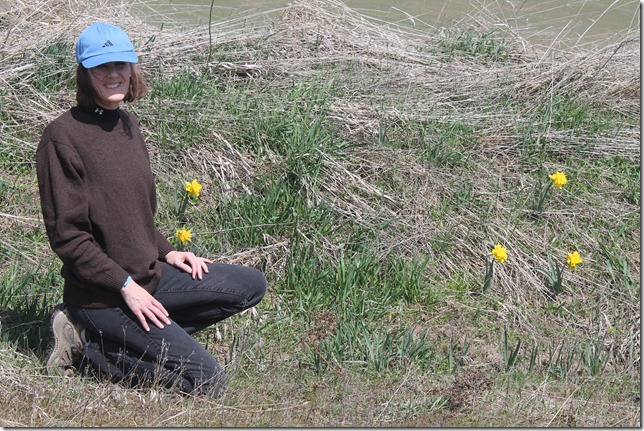 I suspect many of the bulbs didn’t have enough mass to support blooms this year and will build up this spring and bloom next year. But some have already bloomed. Barb and I were encouraged by the results.

The ground was generally dry and even if Boomershoot were to have been last weekend there wouldn’t have been a problem with weather: 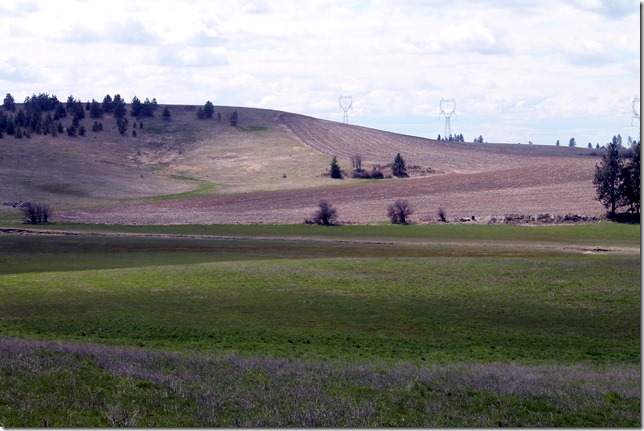 We did make a trip across a section of another field that is unrelated to Boomershoot and nearly got stuck. We left some deep ruts, we were bounced around quite a bit and muddied up the sides of my vehicle that remained even after some fairly heavy rain on Saturday evening: 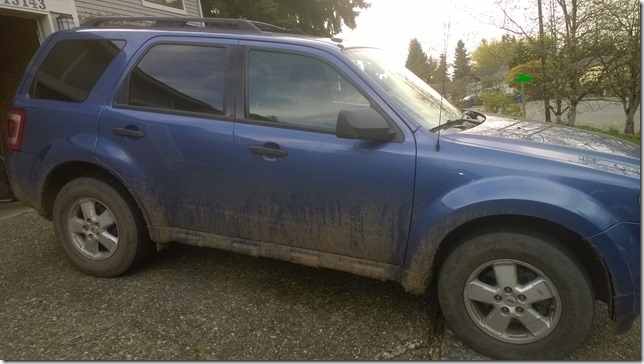 Obamacare claimed another victim with one of the biggest supporters and promoters of Boomershoot canceling his trip to Idaho after his insurance premiums nearly doubled. He is now unable to afford attending Boomershoot. “Squirrel Hunter” and some of his crew will not be attending this year. This could be a good thing for you because this means there are now some premium positions open.