Via email from Daniel S. 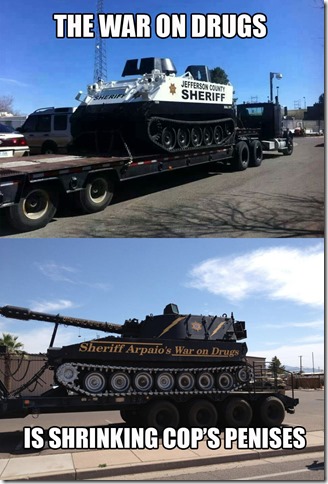 While I am opposed to the war on some drugs and the militarization of the police I just don’t understand why the whole guns/penis thing resonates with so many people. The only thing I can come up with is that their psychological development stopped when they were about 10 years old.

7 thoughts on “Markley’s Law for the police”