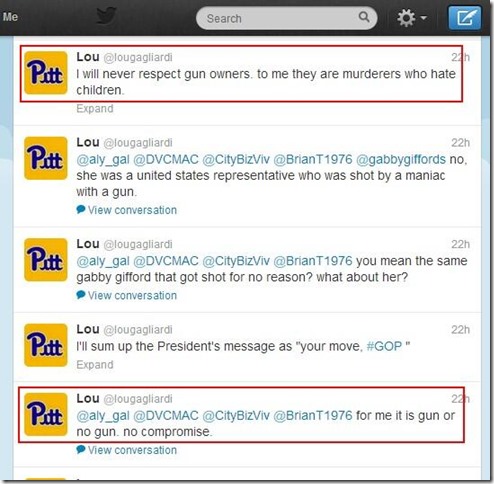 My conclusion is that this person wants people who exercise the specific enumerated right to keep and bear arm in prison or executed. And just what does someone like this think of people who defend Second Amendment? My speculation is they are hostile to the First, Fourth, and Fifth Amendments as well as the Second.

These are very, very dangerous people.

Update: Linoge emailed me more tweets from this person. Imagine if they were saying these things about blacks, Jews, or gays. It reinforces my conclusion that these are very dangerous people. 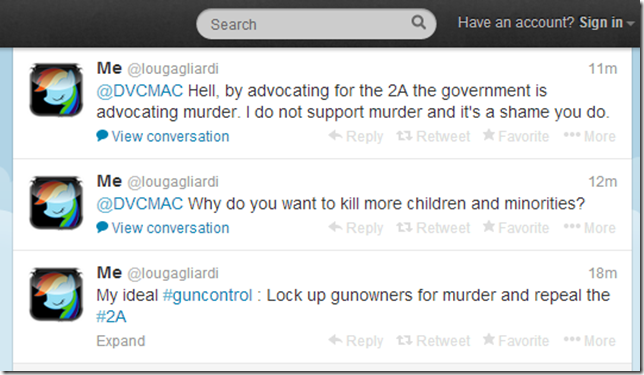 24 thoughts on “This is what they think of you”