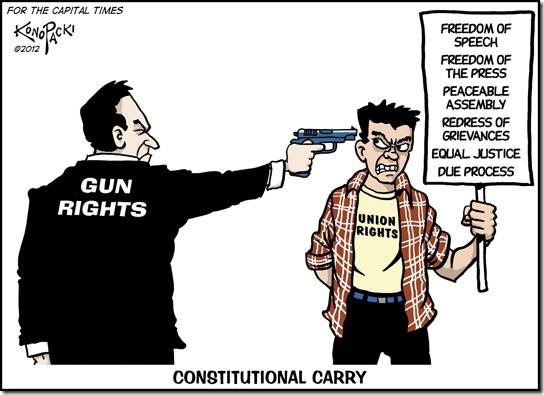 I have no idea what the cartoonist was thinking. This makes absolutely no sense what so ever to me.

The right to keep and bear arms is an explicitly enumerated right in the Bill of Rights on equal ground with the rights listed on the sign. “Union rights” are not explicit in the Constitution or BOR but some aspect of a union have implicit protection such as freedom of association. But how do gun rights threaten any aspect of the other rights or of someone wishing to be a member of a union?

My best guess is the cartoonist has crap for brains. Does anyone have a better idea?

31 thoughts on “Gun cartoon of the day”