OK, here are the updated patches. Two versions, and various rockers that you could put above and /or below. I would REALLY like feedback from people what you are interested in, as I’m ordering them on my own dime on spec, and there are significant price breaks at various production numbers. I’d like to not order a metric boat-load, and only have three buyers of two each (being currently unemployed that would REALLY suck), but I ALSO don’t want to send people away empty handed. I don’t need money up front – I’ll have them at Boomershoot, and anyone who can’t make it or send someone to get them there I’ll make arrangements with after I see what’s left over. They will be 100% stitched, and iron-on backing for those that are sewing-impaired. 4″ circle, matching rockers. If I can buy in reasonable quantity, they will likely be $3 a patch or two for $5, and $1.50 a rocker, perhaps even less. Let me know ASAP. Order is going in next week.

A quick note patches and rockers: Anyone can get either patch, though the “precision shooting” patch is aimed at people who have taken Econ’s shooting clinic. I’ll not be checking registration or anything. If you have hit a lot of boomers, clinic or not, you have earned a Precision Shooting badge.

The Henchman and Ordnance Engineer rockers are for those that have or had explosives handling experience at boomershoot.

The Minion and Support Logistics rockers are for anyone who has helped out at any Boomershoot event.

The Precision Rifle and Long Range Shooter rockers are for anyone that has shot at a boomer, at at time, successful or not.

The Recreational Explosives and Unindicted Coconspirator are for anyone that wants them. Yes, you can have more than one. Collect them ALL!

(images not all to same scale) 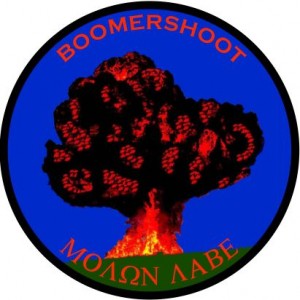 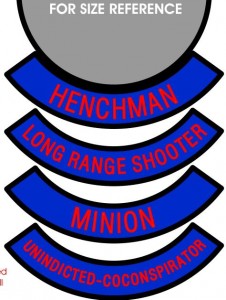 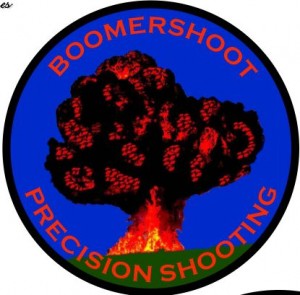 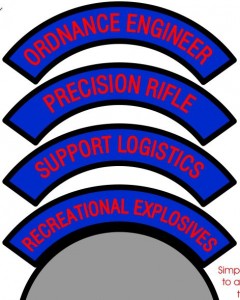