View from inside the cargo deck, looking out the open main aft door. A half dozen soldiers in camo uniforms are working clearing stuff from the cargo bay. There are two chain hoists from the ceiling going down to the ramp, which is now partially raised, and each chain hoist has three soldiers hanging from the chains (basically climbing them) and they are just barely able to lift the ramp that slowly inches up. Chief Stenson is in charge, signaling to one of the teams to climb faster. Outside a single guard in light body armor with a rifle can be seen standing. Quinn sits on top of a pile of crates to one side, wide-eyed, taking it all in. Camera view pulls back and Lag is standing next to Harbin, watching progress.

Lag: What do you think?

Harbin: (looking critically on) I can make it work.

Lag: (slightly sarcastic) When was the last time you had a real ship to train recruits on?

Harbin grunts to the effect it’s an irrelevant question.

Lag: Anything you need to tell me about?

Harbin:(not really wanting to answer this line of questions) … No.

Lag: Oh, by the way. Did I tell you who the owner of the ship is?

Harbin grunts to acknowledge the question.

Lag: Guy by the name of Helton. Helton Strom.

Lag: Are you sure there isn’t anything you want to tell me about your leave?

Harbin: A bit more eventful than planned. We worked it out. Medical knows the relevant details. I’m fit for duty.

Harbin: I trust his character. Flying… not so much.

Lag: My thoughts too. How do you happen know about his flying?

Harbin: … I’d rather not go into details, sir.

Series of scenes of people working on, and cleaning, the ship. 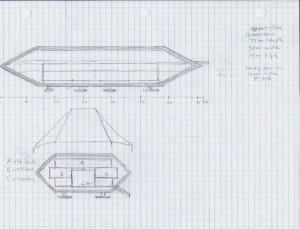 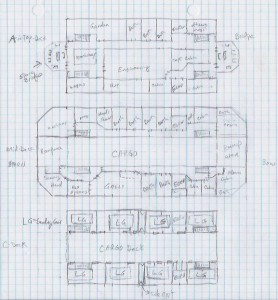 2 thoughts on “The Stars Came Back -028- Spring Cleaning”