This past weekend Barb L. and I attended a community dinner for the area where I grew up. It has been over 35 years since I lived there so I didn’t know a lot of the people. But it was nice to see the ones I did know and catch up a little with them.

After leaving we stopped by the Boomershoot site to shoot a few tracers. It was way past dark but with a nearly full moon and the ground was covered with snow. Both the scenery and the tracers were really pretty.

After shooting the tracers we went for a walk on top of the hill where the 700 yard targets are placed. There is a great view from there. I took a bunch of pictures but they just didn’t capture what we experienced. “It’s magical!”, is how Barb described it. I’m not sure magical is quite right. Perhaps surreal.

Here are a few of the better, but still poor, pictures. 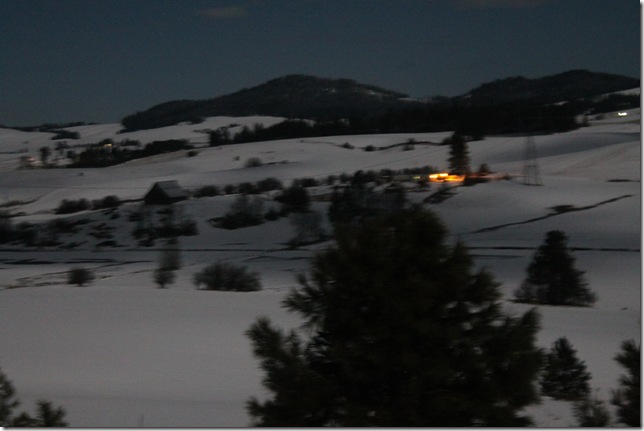 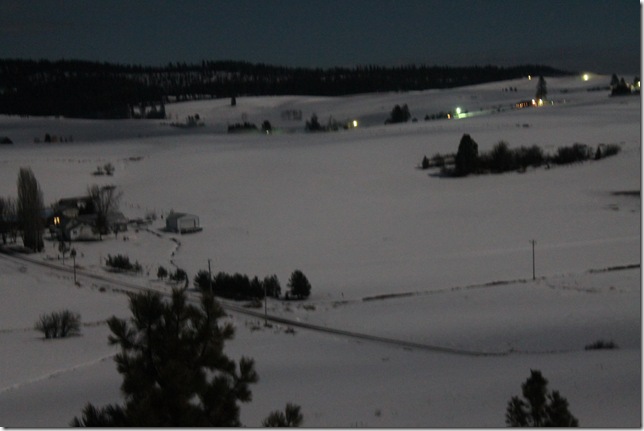 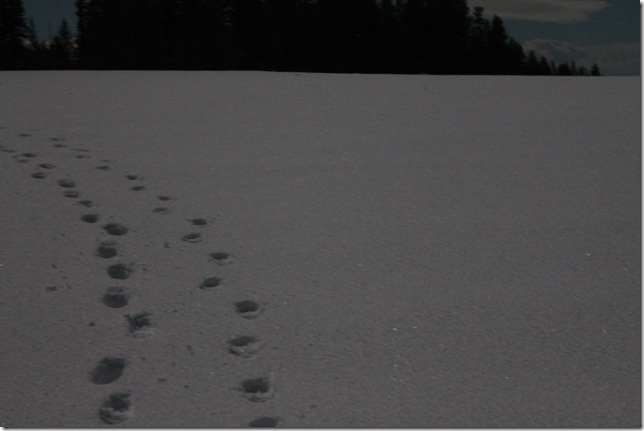 4 thoughts on “Night walk in the snow”