My mother died December 29th, 2012. Here are her obituary and a few pictures:

Ellen Huffman passed away due to congestive heart failure and pneumonia at the age of 87, surrounded by family members at St. Joseph Regional Medical Center in Lewiston, ID on December 29, 2012.  She was born, Grace Ellen King at Gritman Medical Center in Moscow, ID on July 18, 1925 to Charlotte Verna Davies King and Raymond McKinley King.
The family farmed near Moscow in the community of Joel.  Her father was in poor health due to tuberculosis, so they moved to Long Beach, California where Ellen attended grade school.  Her father died when she was 7 years old.  Ellen graduated from Woodrow Wilson High School in Long Beach in 1943.
She went to a trade school and learned how to operate computer keypunch machines, comptometers and other business machines.  She then worked at Bethlehem Steel in Alameda, CA as a keypunch operator until she had sufficient resources to proceed with her education.
She attended school at Washington State College in Pullman, WA for a short time before moving back to California.  She then studied at Woodbury Business College in Burbank, CA where she completed her studies in bookkeeping.
She worked at Arthur A. Havens Co in Los Angeles before moving to Riverside, CA where she worked at Sears Roebuck in their auditing department.
She married Lowell Huffman on February 14, 1954 in Redlands, CA.
In the early years of their marriage, they farmed near Cavendish, ID in the summers while returning to California in the winter to find work.
After they had children in school, the family stayed in Idaho year round.  The farm continued to grow as did the family with the birth of three children, Joe, Doug and Gary.  After buying property, Ellen helped build the home where she would live from 1969 until the end of her days.
Ellen was an active member of the Teakean Community club for nearly 50 years and a member of the local Extension Club for many years.
She enjoyed knitting, sewing, quilting and other craft work.  She made many quilts for friends, children and grandchildren.  She enjoyed genealogy and did extensive research on her and her husband’s family tree.
She is survived by her husband, Lowell at the family home in Cavendish, three sons, Joe Huffman of Kirkland, WA, Doug Huffman and wife Julie of Cavendish, and Gary Huffman also of Cavendish.  She is also survived by six grandchildren, James Huffman-Scott and wife Kelsey of Bellevue, WA, Kimberly Huffman-Scott of Troy, Xenia Vlieger and husband John of Anchorage, AK, Amy Faragher and husband Nathan of Orem, UT, Lisa Huffman of Kent, WA, Brad Huffman of Moscow and one great grandchild.
She was preceded in death by her parents and brother Louis King.
At her request, there will be no formal service. 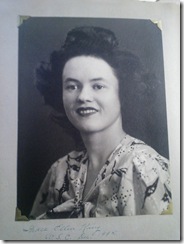 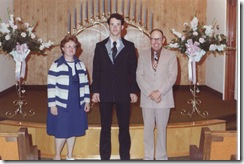 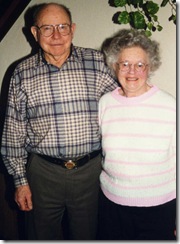