If you own stock in a gun manufacturer you might want thank President Obama: 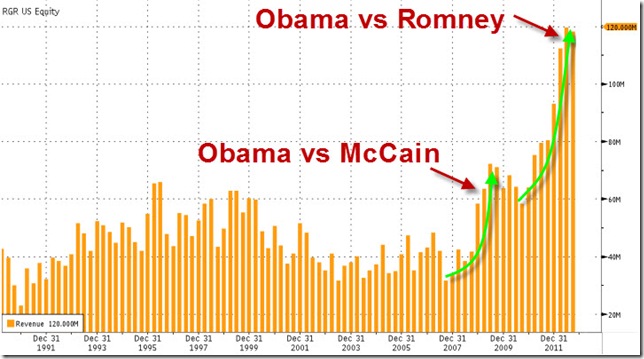 From Chart Of The Day: Sturm, Ruger’s Revenues.

Sarah and Jim Brady and the Brady Campaign to Prevent Gun Violence with its network of Million Mom March Chapters endorsed Senator Barack Obama for President and Senator Joseph Biden for Vice President today, and urged Americans to vote for them.

*I’m just mocking them. Of course I know correlation does not necessarily mean causation.