When I last saw Boomershoot Mecca, just before the Gun Blogger Rendezvous, there was 3000 pounds of Ammonium Nitrate just inside the door: 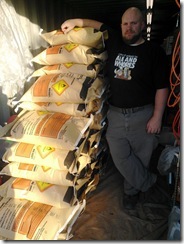 Barron with the Ammonium Nitrate (Barron is on the right).

Nine days ago Ry sent me an email with the picture below, a subject line of “2000 pounds of Tetris” with a message body of, “Was bored.”

Barron, Janelle, and I visited Mecca on Sunday and moved the remaining bags to the rear of the container, put the older Ammonium Nitrate on top and in front of the new, rearranged the tables, and cleaned up in preparation for a private party this weekend: 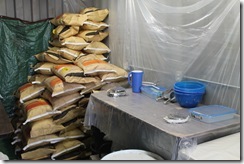 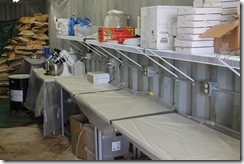 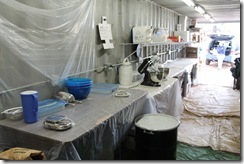 The biggest changes were the reorientation of the table with the mixers to be inline with the other tables rather than at right angles and the addition of a measurement table between the chemicals and the mixing table.

We also made a place to put my tent, sleeping bags, and some other bedding Maggie donated “to the cause” when she recently moved.

I also took pictures of the exterior so we could better visualize some repairs and improvements we are considering for next summer: 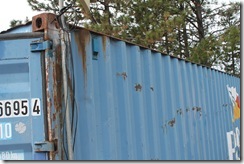 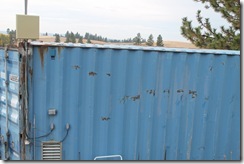 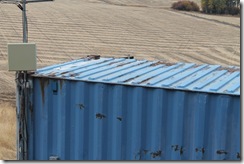 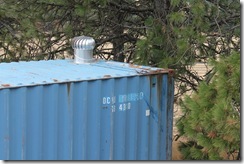 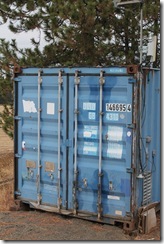 Barron tried to tease me about “Cleaning the place up for when my girlfriend comes to visit.” But we would have cleaned things up just the same even without guests coming next weekend.