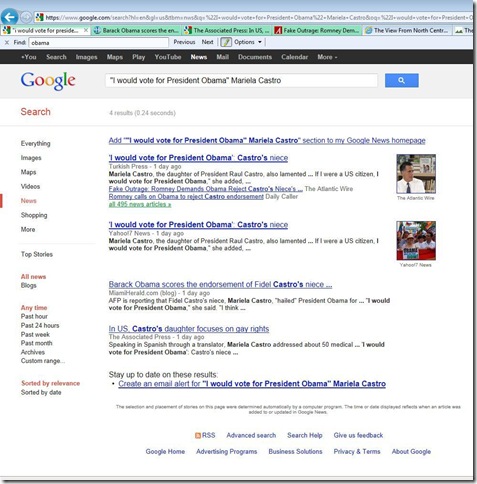 Yet when you go to that page the name “Obama” and that quote is not to be found.

Other sources include the quote, “I would vote for President Obama. I think he’s sincere and speaks from the heart.”

Apparently the AP removed that portion of the story. Perhaps because it is because it really shouldn’t be considered news. Communists endorsing communists is even less newsworthy than “dog bits man”.