My brother had called me the day before from Californistan, when it was nice and sunny here, and told me to look for it between five and six PM, my time.  As I was driving home with my daughter from a panic shopping trip to Moscow, I noticed the time.  “It’s right now.”  But it was cloudy– full overcast with occasional rain.  As I turned to look toward the sun, sure enough.  There it was!  For whatever reason, I could see it much better with my polarizing glasses than the little Cannon Powershot ever could.  For one thing, the auto focus was somewhat at a loss for doing anything with clouds.  Here are the best two out of about a dozen shots I took from the highway; 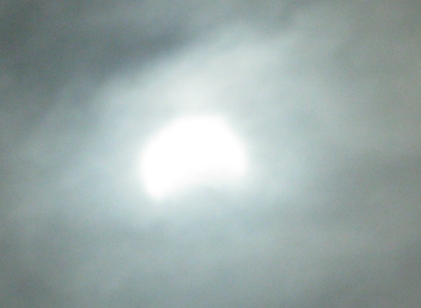 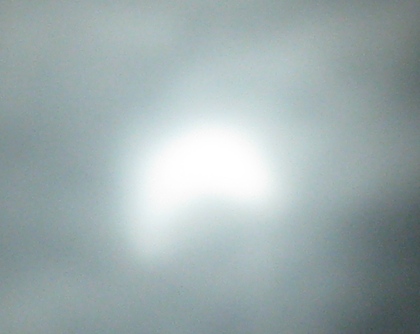 I guess around southern Oregon/Northern Cali/Nevada way, they had a full annular.  I’ve never seen one of those, but back around 1979/1880, I remember another, even more overcast day that went full dark in the middle of the day.  That was pretty cool.

5 thoughts on “Yeah, so there was an eclipse on Sunday”