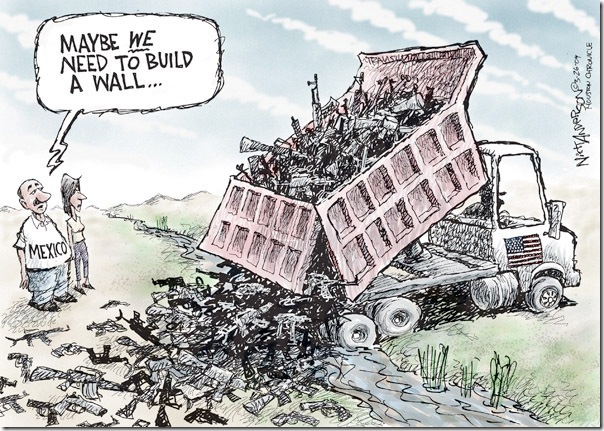 To be accurate the ATF logo should be added to the U.S. flag on the side of the truck.

Read Fast and Furious: Barack Obama’s Bloodiest Scandal and the Shameless Cover-Up. It’s a quick read and very good. One of the more interesting things I discovered from reading the book was that the Mexican government stopped making such a stink about the ATF running guns into Mexico because the U.S. threatened to cut off $500 million in aid if they didn’t shut up about it.

Ry recommends the book too.