Or is it Moron Heavy Boots?  Ry brought up the “Heavy Boots” phenomenon a while back, but I hadn’t heard of it until he explained it to me and I Googled it.  I was disappointed, but the story didn’t surprise me.  I’ve talked to a lot of people about a lot of things, having been in the service business and in consumer credit, for over 30 years.  Richard P. Feynman wrote about similar experiences he’d had in his teaching career.  It’s sad to realize how many people lack that little bit of curiosity that would lead them quickly to understand some of the basics of their world.

At the music store, I put up a poster-sized photo of the full Earth taken from space.  You’ve all seen it, and some of you will already know when it was taken, based on the history of the mission.  I looked at it a lot, just as a beautiful image that says something about the ingenuity of Man, before I realized that it told us a few other things.  So now I have some questions.  This is my Heavy Boots experiment but it’s on a bit higher level.  These questions are for those who have no idea when the picture was was taken without analyzing the image itself.  Forget the history and the mission, and so on.  It’s a simple question for those who know the basics of our solar system and of Earth’s place in it;
About what time of year was this photo taken?  How can you tell?  Also; About what time of day was it taken?  How do you know? 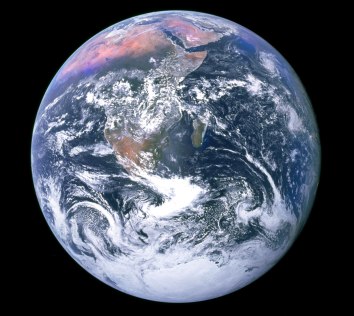 Here’s another one.  Looking at this image of the moon, assuming you’re facing East.  What time is it?  Why? 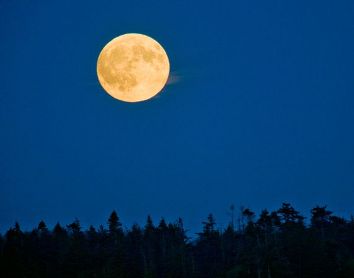 One of my older brothers liked to mess with people when we were younger.  When one of his young sisters-in-law asked him what those bumps between the lanes on the freeway were for, he told them they were part of a project for the blind– so blind drivers could tell when they were crossing lanes.  “Really?” came the reply.  He pulled off a lot of that sort of thing, trying to see just how fantastic a story he could tell and still get someone to believe him.  I suppose his behavior could be referred to as a search for Progressive voters.  If you’re ignorant enough, you’ll believe anything if it’s presented just right.  Our coercively-funded schools have that part covered.  They actively discourage learning.

Leno had a bit on his show last night wherein he placed a magician behind the counter at a convenience store.  There were some plastic Easter eggs in a counter display, labeled “Insta-Chick” or some such.  The egg contained a little foam “chick” that would expand in water.  The magician, introducing the new and rare product to the customers “placed one in a cup”, then “poured water over it” and a live chick came out instantly.  People believed it, even after he said they were “engineered in China” such that you could let them dry out again and reanimate them later, and you didn’t need to feed them.  More “Heavy Boots”.  “Vote for me— I’ll give you free health care” or etc. is along the same lines.

I try not to be discouraged.  There are a lot of people who don’t fall for this stuff.  They can tell from looking at a photo of our planet what time it was taken, know that mass exhibits gravity, know that we can’t all get free lunch forever and there’s no such thing as a perpetual motion machine.

15 thoughts on “More on Heavy Boots”