Although I think it would be very cool to have one of these and have the money to afford shooting it I don’t really have a place to shoot it. The Boomershoot site just wouldn’t be appropriate. This 155 mm Howitzer really needs 5 to 10 thousand yards to show it’s stuff.

I have seen this gun at this same location ever since I can remember but this week while Barb and I were vacationing in Orofino was the first time I looked at it closely. 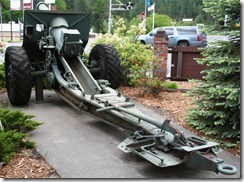 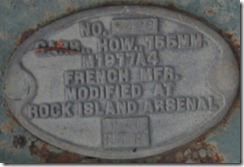 I had no idea it was made in France. This really surprised me. 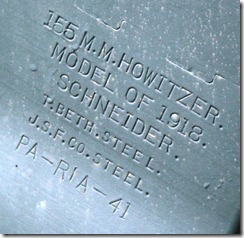 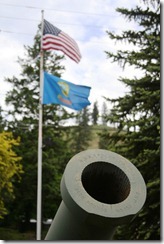 And from 1918! That surprised me too. I had always figured it was a WWII era gun.

4 thoughts on “Not for Boomershoot”