This certainly seems to be the way it works: 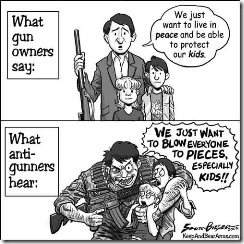 I’m not sure if it is deliberate or they simply lack the mental facility to process information correctly.

Cartoon via email from Barron.