If there is a clear path to making some progress, there will be interest from other funders. No funder wants to just throw money at a problem. 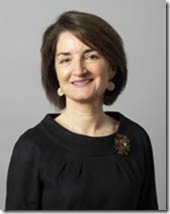 January 24, 2011
The Joyce Foundation: the anti-NRA
[Keep that in mind. Every fight is important. Every time they lose a fight with nothing to show for their efforts it not only demoralizes them it dries up their funding.

Even if it is a lost cause and we can’t win drawing the fight out causes them to expend limited resources. Just how limited? From the article, “With $3 million spread over 16 gun-related grants, nearly 10% of its total outlays, the Joyce Foundation spends 10 times more than the next-largest gun-control donor.”

Assuming efficient utilization of that money that is enough to fund the salaries, benefits, office space and equipment for about 30 full-time people. That doesn’t count advertisements, political contributions, travel, etc. Gun owners number in the millions of people. Even if we have to spend $100 to cause them to spend $1 it’s another step closer to victory for us.

Every penny and every minute we cause them to spend weakens them and pushes them that much closer to political oblivion.—Joe]