As reported on Saturday we (Caleb, Kim, Sarah, Matt, Buddy, and I) had a small Boomershoot adventure. We made and blew up a snow castle. Here is the crew (minus me): 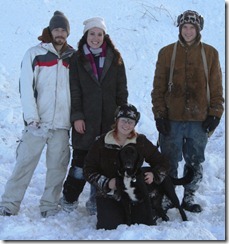 Kim took most of the pictures while Sarah, Matt, and Caleb built the snow castle wall and I prepped the chalk dispensing target: 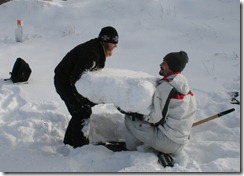 The final snow castle wall just prior to destruction: 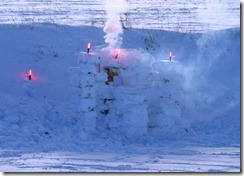 The road flares are to ignite the four gallons of gasoline located high on the left side of the wall, on top of (and behind) the 6 pounds of Boomerite.

The snow, gasoline, and dirt went flying when the Boomerite detonated: 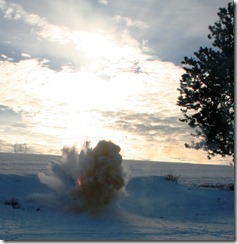 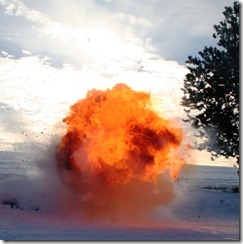 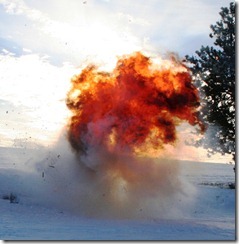 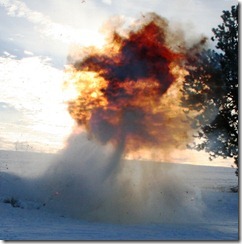 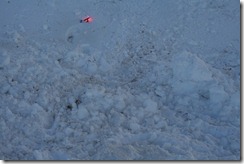 Next time we should put the explosives much lower to give the snow more lift.