This day is supposed to be some sort of special environmental day. But “no pressure”. They will just blow you up and splatter your body parts all over the room if you don’t go along with their agenda.

As the UK’s Telegraph says, “The environmental movement has revealed the snarling, wicked, homicidal misanthropy beneath its cloak of gentle, bunny-hugging righteousness.”

I would like for the environmental movement to know that they aren’t the only ones with explosives. And guns. Don’t forget the guns. And also, I have earth moving equipment. If needed I can bury bodies very, very deep.

So, with that in mind some friends and I went out and did a little practicing.

First we dug up the dirt. This was the first time Barron had driven a bulldozer. Here he porpoises through the dirt but later he was doing fine.

Here is the end result (after I smoothed things out): 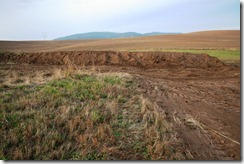 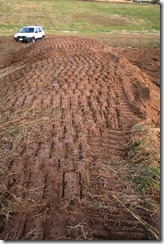 As you can see there is room for lots of bodies should the environmentalist get as aggressive as they are threatening to do. And not only can we dig up the earth to dispose of their bodies but we could use the mounds of dirt over their bodies to use as shooting positions when we release more CO2 into the air when invite lots of people to shoot at explosives.

Here we set off some explosives, releasing CO2 into the air, with guns which also release CO2:

And we smiled as we did it (and don’t fail to notice the big, fuel guzzling, pickup): 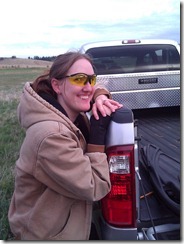