Via Roberta I discovered Obama’s popularity is still quite high—in China. 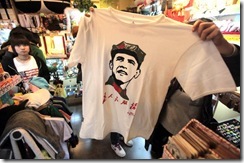 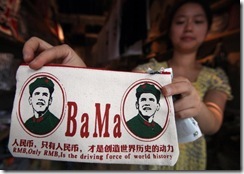 Click on the first picture to see the text “The revolution isn’t success comrades, we must continue to be studious.”

In that last picture I had to look up “RMB”. It refers to the Chinese currency.

I find it “interesting” that under the Obama administration many Chinese believe U.S.A. stands for “United Socialists All”.

Obama and his friends should be aware there are such things as counter-revolutionaries. And the body counts (via Alan) might end up a little different if the gulags, famine, and torture start being implemented in this country.

I would like for the Socialists to do the math before they engage in a purge. Math lessons can be “difficult”.