Some people from work followed me back to Idaho on Friday night.

Saturday morning we had breakfast at the Breakfast Club in Moscow with Tim, Barron, and Janelle. 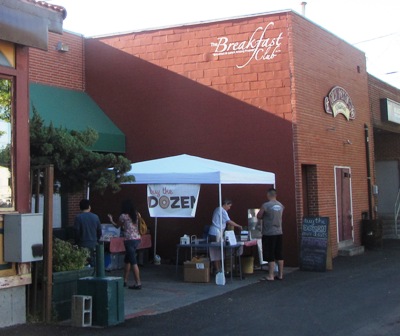 Hiep and Priyanka walking into the restaurant. Photo by Sharath.

We drove to the Boomershoot site and I told them the history, told lots of stories and gave them a tour. They found some .50 BMG bullets and seemed quite thrilled. The picture below is from on top of the berm where the 700 yard targets are placed looking back at the hay field to the shooting line. 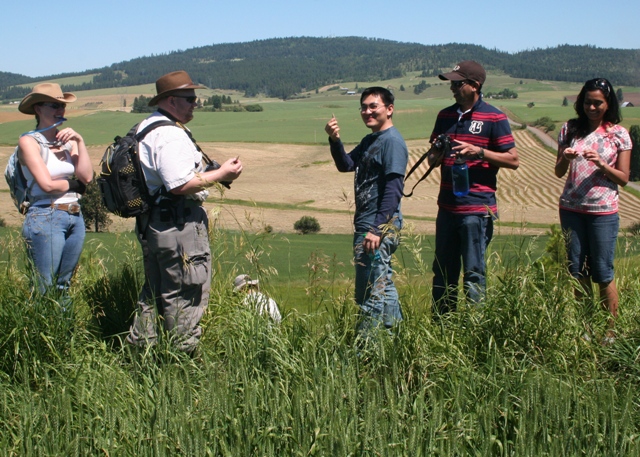 I gave them a safety briefing on the chemicals (which consists mostly of telling them not to eat, drink, or snort anything) I had the people from Microsoft weigh the chemicals and my staff mix the explosives and package it into targets: 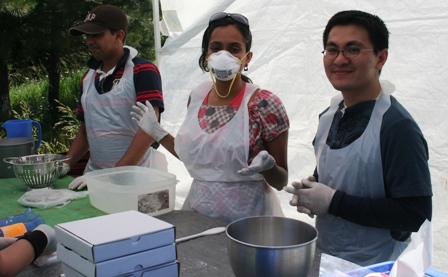 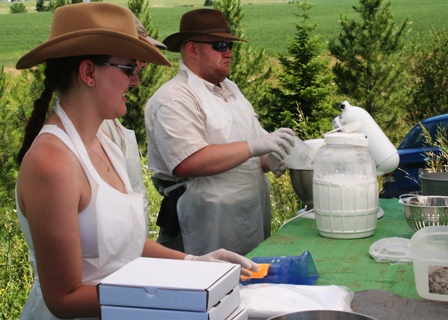 We ate lunch then placed the targets in front of the large berm at the tree line. 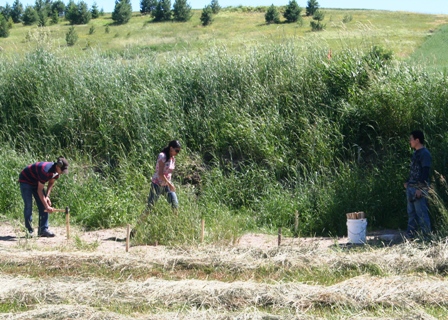 Sharath, Priyanka, and Hiep putting stakes in the ground for the targets.

One of the targets had something special on it (see also here). 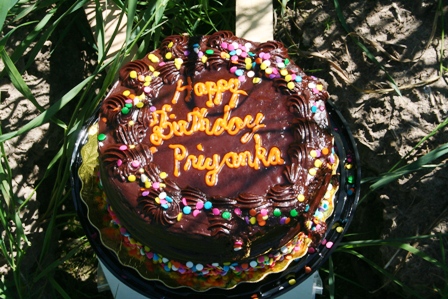 I gave safety and basic firearm instructions while Tim, Barron, and Janelle placed the targets on the stakes. Sharath had never shot a gun before. Hiep had only shot one once and that was after he had three years of military instruction in Vietnam. Priyanka shot a gun for the first time last September and then in March took her parents (visiting from India) to the range on her own and taught them to shoot. 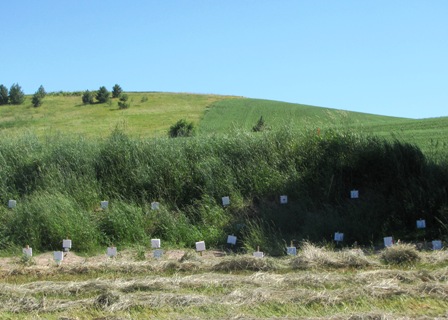 We then got back a few feet and let the visitors shoot the targets. There were many smiles and much exaltation. 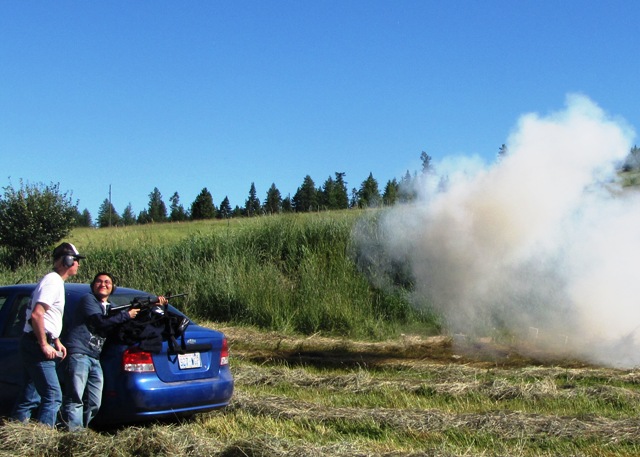 Joe and Hiep. Photo by Sharath.

Hiep once told me he didn’t think private citizens should possess firearms. Only the police and the military should have access. I should ask if he still thinks that.

Boomershoot is a tool for teaching people from all over the world the joys of guns and explosives–the joy of freedom.